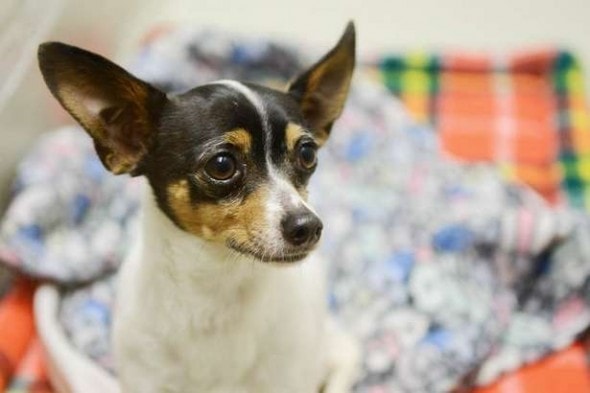 Firefighters came to the rescue of a little Chihuahua that managed to survive an over forty foot fall from a bridge with no injuries on Monday.

Firefighters from Salem Fire Department were in the back lot of the fire station when a Chihuahua not wearing any collar or identification ran through the lot and out into the street. “The dog came running through the parking lot and ran up the hill on Liberty Street,” Firefighter Brandon Silence said. “People stopped and were honking at him.”

The dog started running against traffic and then made his way through the concrete side of the bridge falling forty to fifty feet to the ground. Silence and firefighter Ray Murray ran down to where the dog had fallen. “Murray and I went down the embankment and essentially had to corral him,” said Silence. “He hid in some bushes and stayed there trying to hide from us.”

Silence and Murray were able to capture the Chihuahua and get him to the Marion County Dog Shelter. Silence was surprised to find the dog didn’t appear to have any injuries from his fall. Staff at the shelter confirmed the dog had no injuries and was doing fine as of Tuesday morning. No owners have been found for the dog.