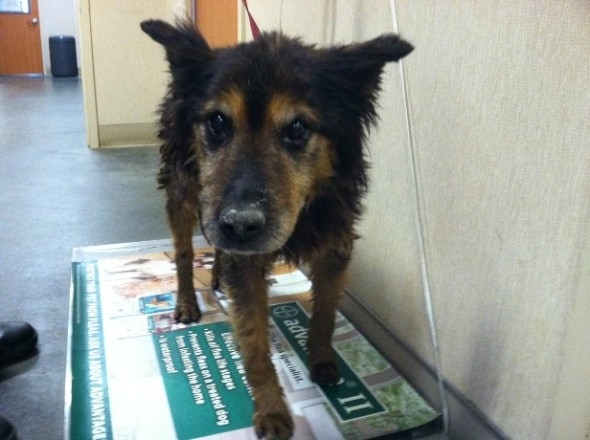 Over the weekend a dog was rescued from an island in Watsonville, California. Evidence suggests the dog had been stranded there for over a month. Animal shelter officers collaborated with firefighters to rescue the dog.

Todd Stosuy with the Santa Cruz County Animal Shelter responded to a call Saturday about a dog stuck on a small island. Unable to reach the dog Stosuy called several public safety agencies for help. The Watsonville Fire Department came to help with an inflatable raft to help reach the dog.

Firefighter John Stone and Stosuy maneuvered the raft to the island and leashed the malnourished and confused dog. They brought him safely back across the water and then transported him to the Santa Cruz Animal Shelter to be checked out.

“This is an amazing collaboration between two public safety agencies to go out of their way, and think outside the box, to rescue an animal in need,” said Stosuy. “This dog was literally starving to death on the island, and now he has a second chance at life.”