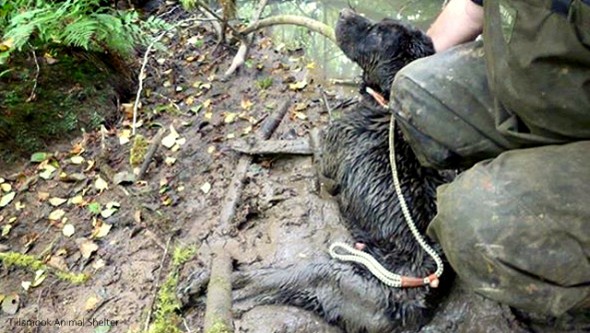 An Oregon dog is getting some much needed r & r after spending the last three days stuck in the mud, suffering.  The black Lab was loaded with parasites and will need surgery.  Sadly, his owner had to give him up because he could not afford to pay the entire medical bill.  Perhaps we can help…

A spokeswoman at the Tillamook Animal Shelter says people could hear the dog’s distress cries for three days, and finally he was found on Thursday in East Beaver Creek near Camper Cove.  The organization was able to extricate him from the muck and bring him in to be cleaned up and treated. 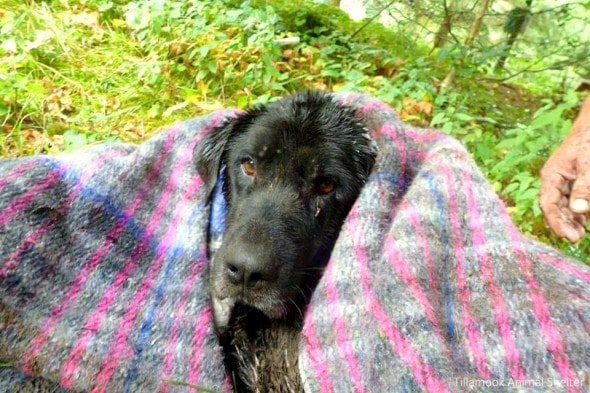 “Dan just got back from rescuing a black lab from East Beaver Creek,” Tillamook said on their Facebook page.  “He was neck deep in mud. People just told us they’ve been hearing him for at least three days. He’s hypothermic and starving but he’s in good hands right now at Pioneer Vet.

“He is getting IV fluids, he got a warm bath, he’s eaten two cans of food so far. The folks at Pioneer said they’ve never seen such a bad case of fleas. He even had maggots all over him,” Tillamook said.  “He is getting lots of love and tender care right now and I’m sure things are looking better already. He’s very sweet and obviously thankful for being rescued.” 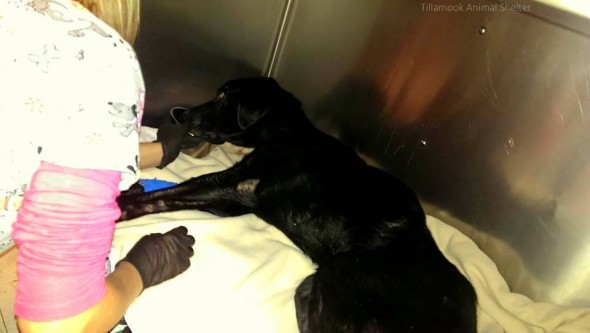 The dog will be requiring surgery for his back and leg, which is so expensive that his owner had no choice but to surrender him.

“He’s still not able to stand, but ate breakfast and is drinking water,” Tillamook said.  “Dogs are amazing! We are calling him Willie because that’s the name of the dog on swamp loggers.” 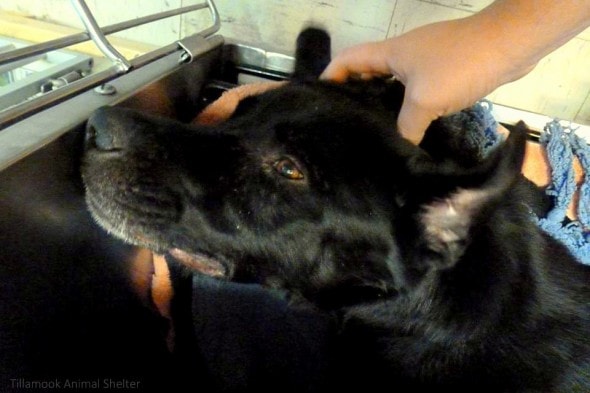 It is a terrible shame that the owner cannot afford Willie’s medical care.  Perhaps some encouragement from the local community as well as readers worldwide will encourage the shelter to allow his family to adopt him once he is well, provided that his expenses have been covered. 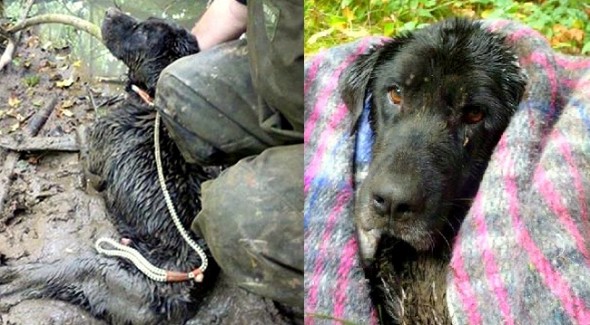