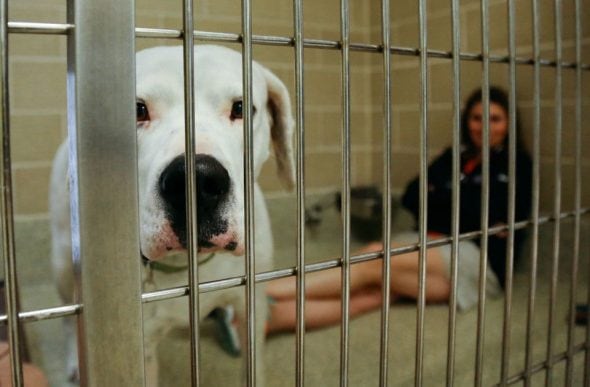 A four-year-old dog called Ann, who was rescued in a raid on a home in Alabama where dog fights were being held, has found a forever home with a family in Michigan.  She’s spent 18 months with the Humane Society of Huron Valley, and when the news came in that she’d be going to a very good home the staff at the shelter where cheering and hugging.

It all happened back when Jane Harlow of Ann Arbor found herself at an adoption event at the Humane Society.  There was an “Empty the Shelters” even being held there, and although Harlow knew she might be taking a dog home that day, she wasn’t really sure which one she would choose.  All of that changed when she passed the kennel Ann was staying in. 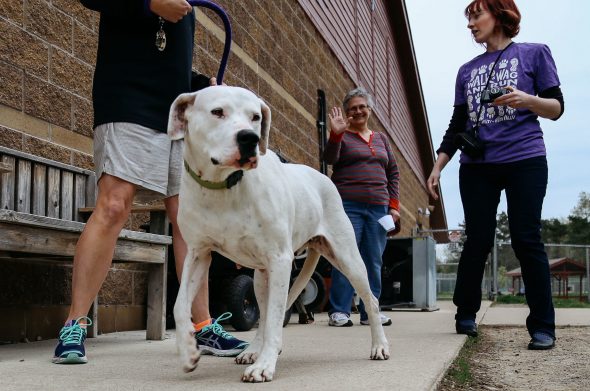 “I didn’t know anything about Ann,” Harlow said.  “I’ve had dogs my whole life, and I could tell she came from a bad background.”

Ann is a Dogo Argentino, sometimes also known as an Argentinian mastiff.  They’re known for their rather large size and for being absolute softies who just want to love.  Ann was part of the bust in Alabama which has since been called the “Hog-Dog” bust.  The property in question was known for training, breeding and fighting both dogs and pigs. 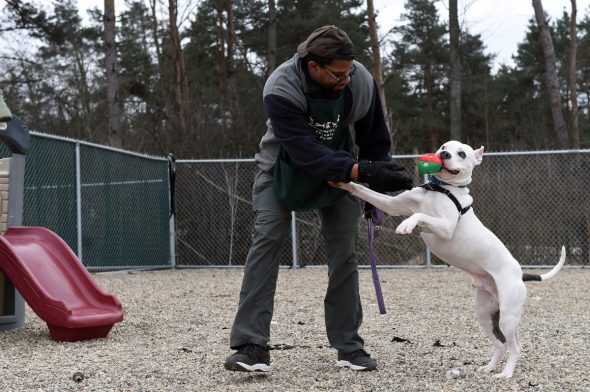 Ann came to the Ann Arbor shelter along with another dog called Ivan.  They both came up from Cottonwood, Alabama in November of 2015.  Ivan found a forever family months ago, while Ann has been waiting for a bit longer.  The wait was totally worth it. 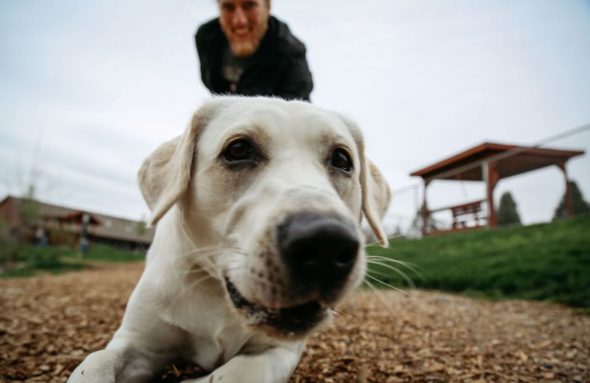