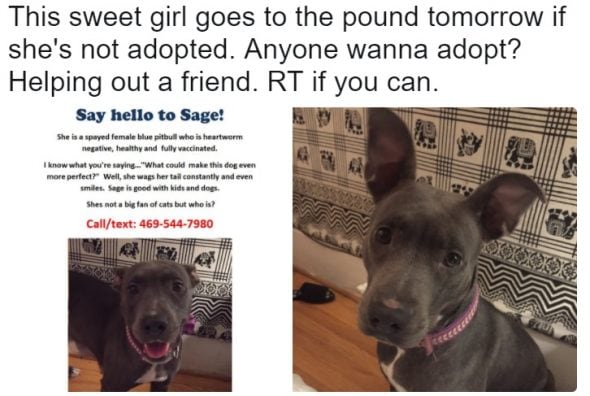 Texas Rangers pitcher Yu Darvish is a great many things to many people.  He’s a top flight Major League Baseball pitcher, a son and family member and a rescuer of dogs in need.  After he heard about a female, blue pit bull on her way to the pound in a Twitter post, he knew he had to step in and adopt her so nothing bad would happen.

Darvish said that this all started when he saw a retweet while in the Rangers dugout.  Reporter Emily Jones was sharing a story she had seen from a local radio producer named Danny Balis.  He saw the story shared again about an hour before he went to bed that night, and he started talking to his wife about helping out. 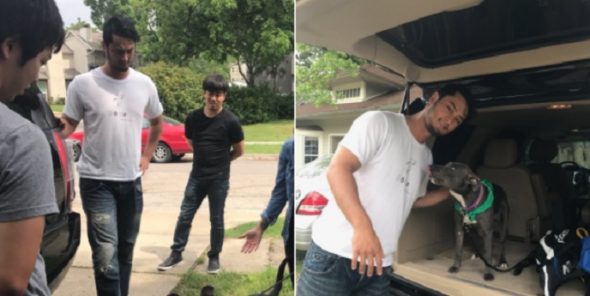 The next day arrangements were made, and Darvish went to pick up his new best friend.  He admits that adding a sixth dog to his family roster wasn’t exactly on the front of everyone’s mind at the time.  However, he kind of thinks like we would in a case like this; the more the merrier!  Besides, he wouldn’t have been able to stand the thought of anything bad every happening to a dog.

“When I’m on the road my family will take care of them but at the same time you think what’s going to happen to him if nobody picks her up.  That was the thing that kind of stuck in my head,” he said.  “I have five dogs already so I’m still thinking about what we’re going to do.”

This isn’t his first pit bull, either.  This is actually his second, and he also has a Cane Corso, a mini-schnauzer, a French bulldog, and a mini-pincher as well.  They just love being one big, happy family, and they take every opportunity to advocate for dog all over the world.