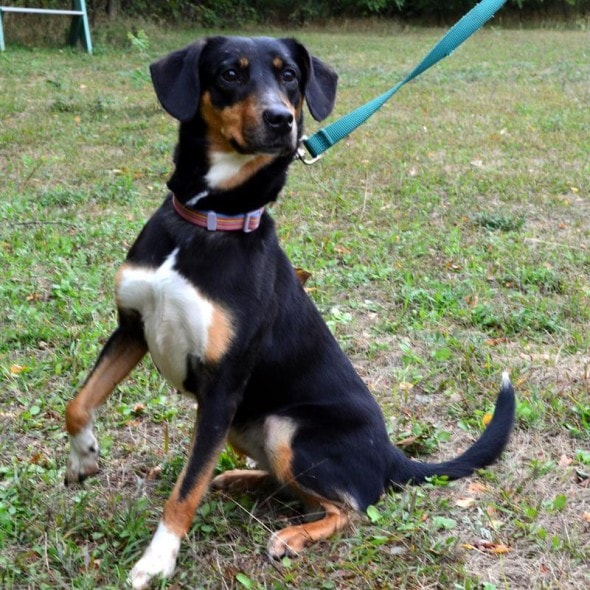 Last week rescuers saved Gilly after she had been abandoned on an island. Now that no one has come forward to claim the dog, she is officially ready to find her forever home.

A truck driver was going over Eau Claire, Wisconsin’s North Crossing when he spotted a dog on an island in the Chippewa River. When the driver saw the dog again a few days later he knew it was stranded and in need of help.

The Eau Claire fire department and Animal Control Officers teamed up to rescue the dog. They set up a live dog and were able to capture the scared dog. Rescuers gave her the name Gilly, short for Gilligan. Rescuers believe Gilly may have been on the island for as long as eight days.

Despite Gilly’s ordeal she is doing surprisingly well. She is estimated to be about six years old and gets along with both other animals and children.

“Though she is still going to need a little bit of training, I think that in a new home she is going to do that best,” said Eau Claire county Humane Officer Bekah Weitz. “She really is just going to need somebody who is going to make her feel confident about herself, kind of bring her out of her shell a bit, but at the same time is going to be a consistent source of some good discipline to remind her that even though she’s feeling better she can’t necessarily come and take food out of your hand.”