When Charles Gaston, MTA welder and track worker for New York’s transit system, found a female, matted poodle mix on Feb. 8, 2015, he thought the pet had been lost for weeks. He rescued the dog and took her home to care for her as if she was his own. He named her Delta, after the D line where she was rescued, and eight days later reunited the pet with her rightful family. 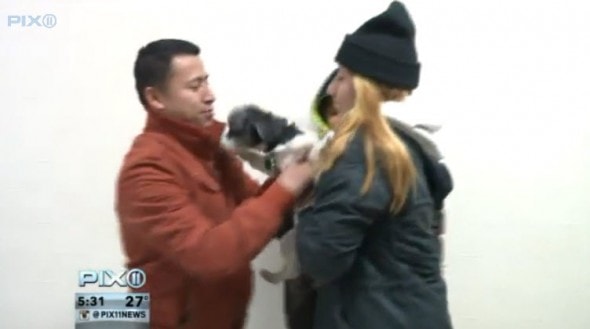 Gaston fell in love with the dog, but he said that if Delta had a loving family that missed her, he would willingly returned her to them.

Days after the dog’s rescue, Gaston came upon a “Lost Dog” flyer for a dog named Byby. Byby and Delta looked similar and the rescuer contacted Byby’s owners, the Garcia family, and learned the pet had been out for a walk when she broke lose from her leash and got lost.

Byby’s owners said they kept the dog’s hair long for winter, to protect her from the elements, and in the eight days she was lost in the train tunnels she became matted and dirty.

On February 16, 2015, Gaston and the Garcias met. Byby was positively ID and excited to see her loving owners. Gaston was happy to learn Delta or Byby’s owners were loving responsible owners that wanted nothing more than to get their dog back.