On February 15, 2015, Hero, a two-year-old Australian cattle dog from Southwest Harbor, Maine, needed the local fire department to come to his rescue and pull him out of freezing waters after the curious dog fell through thin ice during his last potty break of the day.

The cattle dog is used to venturing outside on his own to do his business, but on this night, instead of coming back home within 15 minutes as he usually does, Hero was nowhere to be found. The dog’s owner, Jeremy Doe, went outside to look for his pet, he followed dog tracks that led him to the harbor. 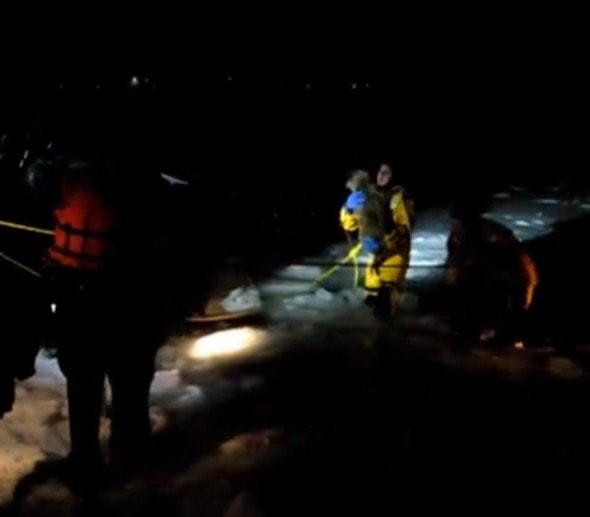 “I could hear him out there, barking in the ocean, but I couldn’t see him,” Doe told Bangor Daily News. “I called 911 right away.”

Hero is believed to have been in the water for about 2 hours. As rescuers got ready for the rescue, the dog’s barks became faint but thankfully the pet was pulled to safety on time.

Once pulled from the frigid waters, the dog was taken to an ambulance where he was dried off and warmed. He was then released back to his owners who were relieved to have their beloved pet safe in their arms.