Josie didn’t know what being loved was or how good it could feel, all she knew was pain and abuse, but all that changed when the Banszky family from Alberta, Canada, rescued her and brought her home.

Josie lived in an Indian reserve in Canada, but her owners mistreated her all the time. In her life with them, she was beaten and shot at, and when her original owners found out she was pregnant, they tried to drown her. 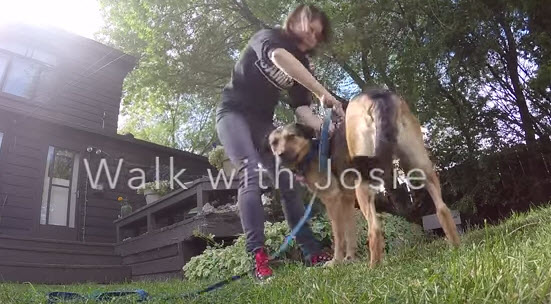 Justine Banszky and her family learned about the pet when Banszky’s mother was did some work in the area and came across the dog. The Banszkys tried to rescue the dog, but Josie was so scared of human contact, she always eluded her rescuers.

A local area group called In the Woods, learn about Josie and the Banszkys’ rescue efforts. The organization was able to rescue the pet, care for her during her pregnancy and helped find forever home for all her pups, but no one was interested in adopting the mom.

When the Banszkys learned Josie was still available and needed a home, they immediately volunteered to adopt the pet they had tried to help for so long.

“Since she was brought home, she has found a love for sitting on the couch, belly rubs and daily runs, ” posted Justine Banszky in her YouTube Channel.

Josie has adapted so well to family life, that the hell of a life she grew up in just seems like a really bad nightmare.

This is her video story.