On Monday, Sept, 7, 2015, four-year-old Gabe Allbritton was playing in his backyard in southwestern Mississippi when he suddenly disappeared. His mom Galey Allbritton was watching him and witnessed how the earth swallowed her little boy. The child fell into a 23 ft. deep water well after he heard his dog bark and followed the sound. Hours later Gabe and the family Poodle named Odie were rescued. 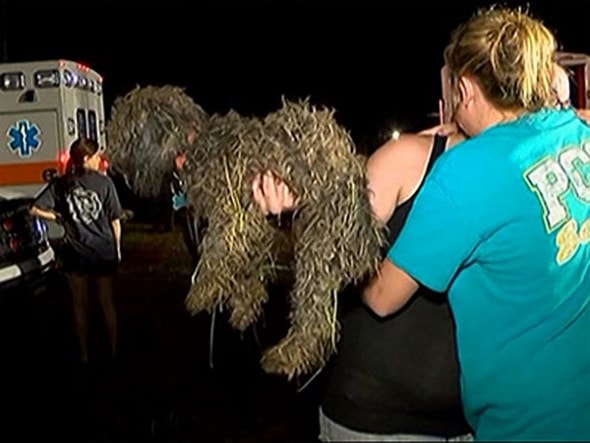 Odie had gone missing four days before. The Allbrittons had no idea where the dog had ran to, but on Monday afternoon when Gabe fell into the well, they realized their pet had been trapped deep below in their own backyard.

The family had no idea the well existed, it had been covered by overgrown vegetation and they did not know the empty water well was uncovered. 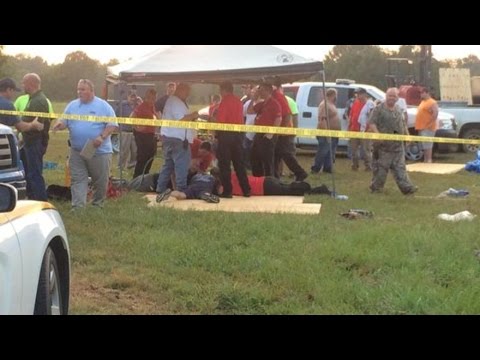 Galey tried to rescue her son on her own but couldn’t reach him and almost fell in the well herself, authorities were called and within minutes a rescue team arrived on the property to rescue the boy and the dog.

The rescue mission was a difficult one because the well’s opening was under 2 feet wide, but authorities worked arduously to reach Gabe and safely hoist him and the pet out of the well. 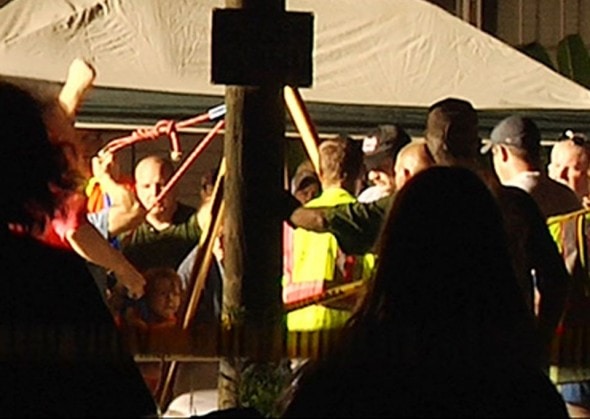 Rescuers used rope and made a seat which they lowered to the boy. Gabe sat on the seat and once secured was pulled out of the well. After first responders checked him out, the child was reunited with his worried mother. 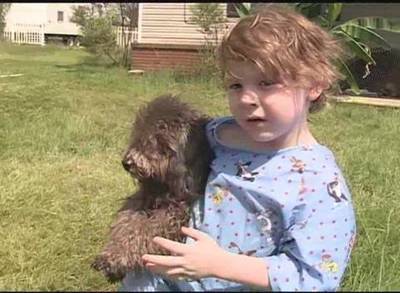 Oddie was rescued after a loop was secured around the dog’s body and the pet was hoisted up.

Both, Gabe and Odie were described to be in good condition.