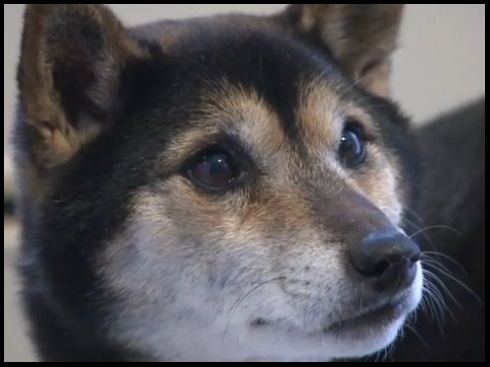 Trudy Hunter never thought she’d she her little Mocha again, but got the surprise of a lifetime earlier this week.  The Loveland, Colorado resident got the phone call she could only dream of, telling her that her dog had been found.

In October, Trudy took her dogs Mocha and Chloe to her parents’ house in Granby.  She had made a portable dog run for them, and this was the first time she used it.  She put the dogs in, but 15 minutes later noticed they escaped.  Chloe was caught, but Mocha was gone without a trace.

“For three days I walked, I four-wheeled, I drove around, I spread the word,” Trudy said.

No luck.  She returned home, heavy-hearted and missing her Shiba Inu.

“I thought about her being cold, without food and water, dodging the predators, or maybe the predators had gotten her,” she said.

Weeks went by without a word.  This past Sunday, Trudy received a surprise phone call.

“We have your dog, Mocha, sitting on our porch right now. We just found your number on her collar,” said the caller.

Trudy immediately rushed to Tabernash, about 10 miles from her parents.

“She was curled up in a little ball. And I call her Mocha Joe, so I called, ‘Mocha Joe!’ and she lifted her head up.”

Luckily, Shiba Inus are made to withstand mountainous terrain and were bred to hunt.  Mocha had been known to catch the odd backyard rodent, and likely survived six weeks in the wild by putting her skills to the test.

She lost about half her body weight during a time of the year when pickings are slim.  She also has an abscessed tooth, but the veterinarian thinks she’ll be fine.  It hasn’t stopped her from catching up on all her missed meals.

“It’s a miracle. It’s the best Christmas gift I could ever have,” Trudy said.

She offered a $100 reward to the man who found Mocha, but good Samaritan refused, saying he was just happy to see the pair reunited.