After being rescued from a burning building, a dog that was thought to have been abandoned with the house that burned down was thankfully reunited with his family.  The happy reunion was all thanks to a Detroit news station broadcast trying to help the dog find a forever home.

The fire took place in Detroit on Saturday morning according to reports.  When fire crews went in to put out the fire, they found and rescued a dog that had become trapped in the home.  No one knew that the home was in fact not abandoned, and that the dog was on the property for a reason.

Apparently, the home had been recently purchased by a woman.  She had brought the dog to the property to stand guard overnight.  According to the homeowner, someone was breaking into the property while it was dark, and stealing the piping inside, and she thought the dog might be a good deterrent.

Seven Action News did a report on the fire, and reached out to local animal shelters and groups to try to help the dog find a family.  The dog was assumed to have been abandoned, because it was assumed that the home was abandoned as well.  However, that couldn’t be further from the truth.

Thankfully, the home owner caught the report of the house fire, and contacted the local fire stations to tell them neither the dog nor the home was abandoned.  The dog and his human have been reunited, and the cause of the fire is still under investigation. 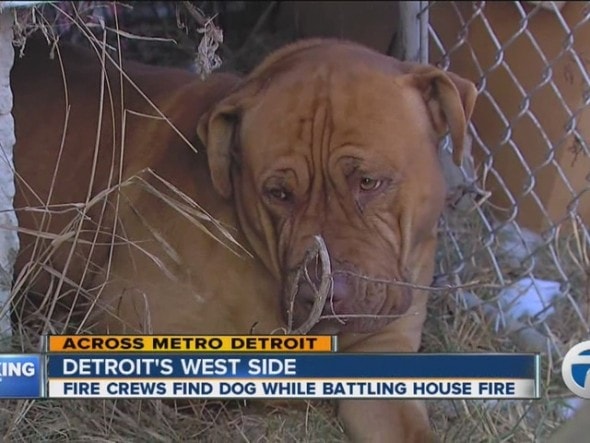