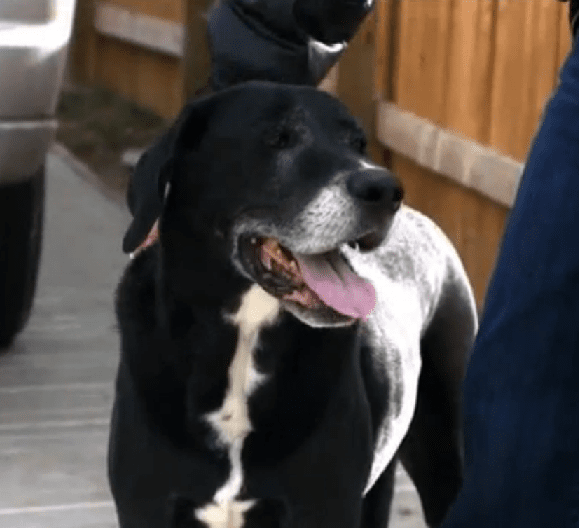 Nicole Banks never thought she’d see her beloved dog Juno again. It had been a decade since she had last seen her dog when Banks got the surprise of her life.

Banks’ former husband had told her that Juno had been hit and killed by a car. She was devastated. “This was my dog,” said Banks. “I was a mess, it was maybe a month before Christmas.” A decade has passed since Banks was told her dog had been killed. Then she got an unexpected phone call.

When Banks received a phone call from the Buddy Center informing her they had her dog she almost dropped the phone. “I wasn’t sure if I was awake. I just couldn’t believe it,” said Banks. Juno had never been hit by a car. Banks’ former husband had in fact given Juno away. Now Banks and Juno are reunited and Banks couldn’t be happier, “He’s home for good.”