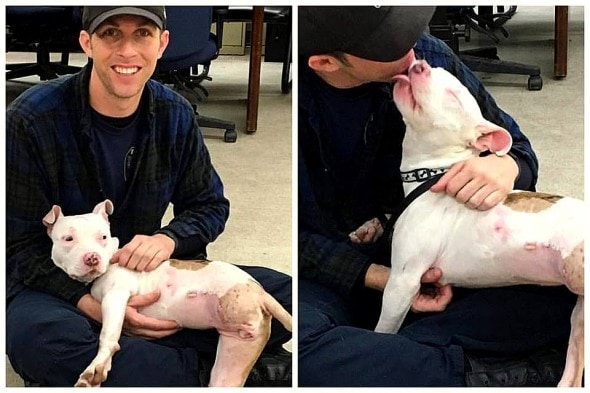 Last month, Miracle Molly was given her title after she survived being run over by an Amtrak train.  She lost her leg in the accident, and Amtrak Police Officer Kevin McMullen rushed over to her and scooped her up.  Now he and his family are in the process of adopting her.

The poor lass was struck by a train on January 20th.  The train conductor saw her run onto the tracks, but there was nothing he could do to stop in time.  He was completely devastated.  McMullen was called to the scene, and immediately rushed to her aid. 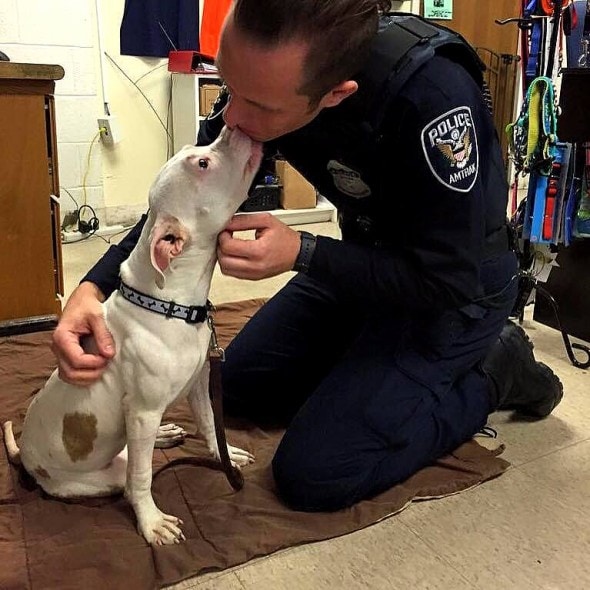 “Molly’s left hind leg had been cut completely off all the way to her hip. She had severed an artery, and she had lost more than half of her blood,” said Bailey Deacon, communications director for the Baltimore Animal Rescue & Care Shelter.  “She lost the end of her tail, and she had very large lacerations on her face and her side. It’s a miracle she survived.”

Despite the pain she was in, Miracle Molly seemed to sense that McMullen was helping her, and slathered him with kisses.  He fell in love with the little darling, and patiently waited for her to recuperate.

On February 5th, she was given the BARCS stamp of approval to be adopted.  McMullen was waiting for her.  If all goes well between Molly and his other dogs, she’ll be a permanent member of the family. 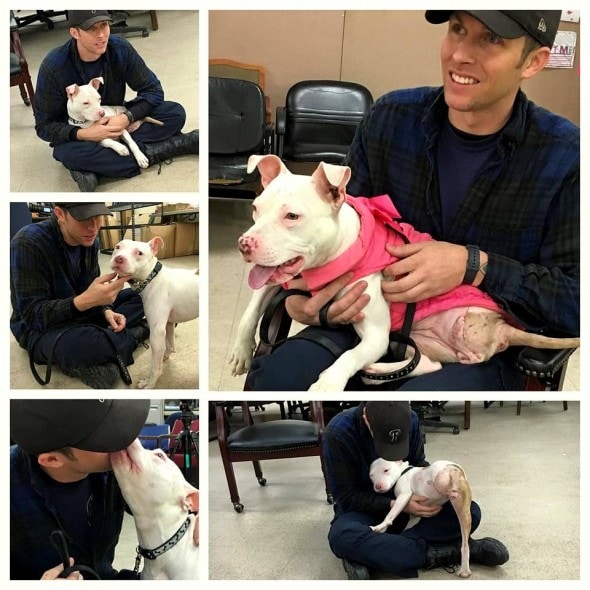