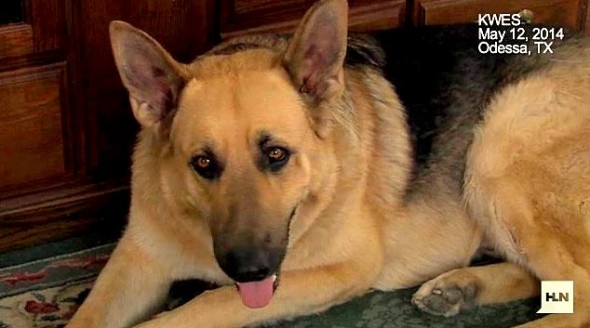 A Texas dog is being called a hero after saving his blind owner from a house fire that may have otherwise claimed both of their lives.

A towel accidentally left on the stove in Charles Kennedy’s Odessa home caught fire and quickly lit the house up in flames.  There was no smoke alarm to wake the man up. 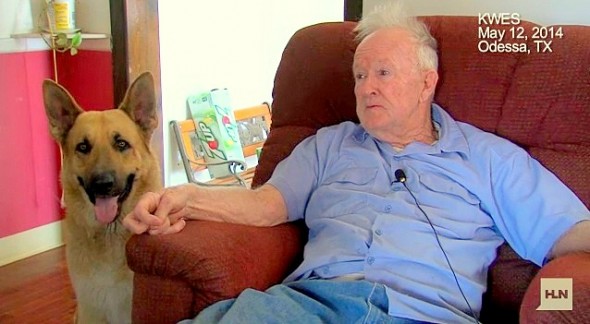 His German shepherd Jack came to the rescue and licked at Kennedy’s face until he woke up.  The man hid in a closet and called 911 (hopefully Jack was with him!)  Two officers arrived and escorted him to safety.

“I fell out of the bench on the ground then my dog jumped over the fence and he came over and laid down across my legs,” said Kennedy.

Jack refused to leave his side, even as he was taken away to a hospital on a stretcher.