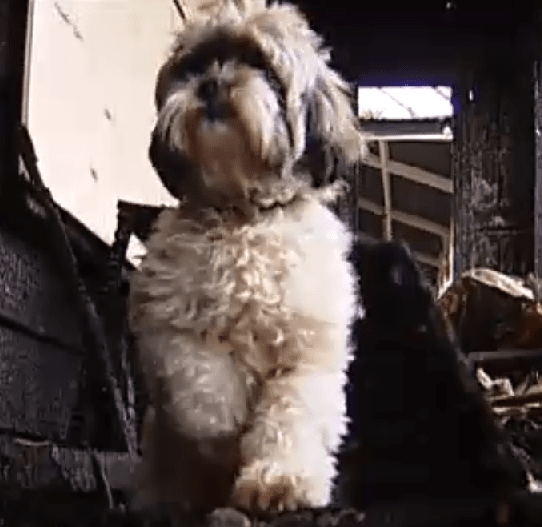 A New Zealand family is alive today because of their alert dog Muggles. A fire destroyed everything the family owned but Muggles was able to alert the family and get them out of danger just in time.

Tracy Baird became concerned when Muggles started barking in an unusual way. She followed the shaggy dog towards the front of her house where Muggles showed her the danger she and her family were in.

“I saw an unnatural light,” said Baird. “Like a flickering bright light, and went into the front bedroom and the corner of the curtain was alight. So I got my daughters out. One was upstairs and one in the lounge. And by the time I got them out, so it would have been seconds, maybe a minute, the house was unenterable. The front windows were smashing out and there was no way you could enter it again.”

Without Muggles Baird wouldn’t have noticed the fire until it was probably too late to save her and her daughter’s lives.

The family lost everything in the fire, but they are thankful to be safe and to have their hero dog with them.