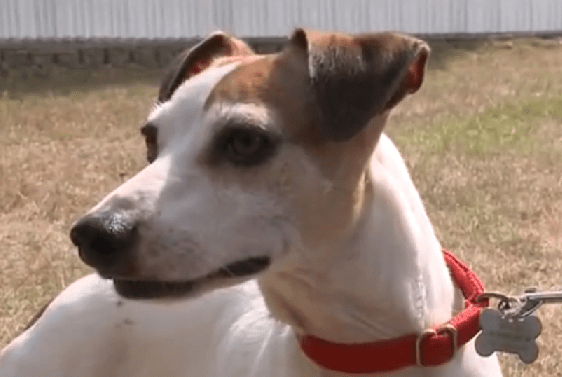 By the time firefighters arrived at a Wisconsin family’s home Tuesday morning it was already completely engulfed in flames. The family had already made it out safely though thanks to their dog Flash.

In the early hours of Tuesday morning a fire broke out in Marquie Brundidge’s home. She, her children and boyfriend were all sound asleep. The only one who realized what was going on was the family’s dog Flash, who started barking to alert his sleeping family.

Brundidge heard Flash’s bark and ran to wake up her kids and her boyfriend. Everyone was able to make it out of the home without injury. The home was completely destroyed by the fire and if Flash hadn’t been there to alert the family they wouldn’t have been so lucky.

“He’s always been very alert to sense and smells,” said Brundidge’s boyfriend Jesse Sweet. “I don’t know if I even would have got out.”

Although the family lost everything they are relieved to all be safe thanks to their hero Flash.