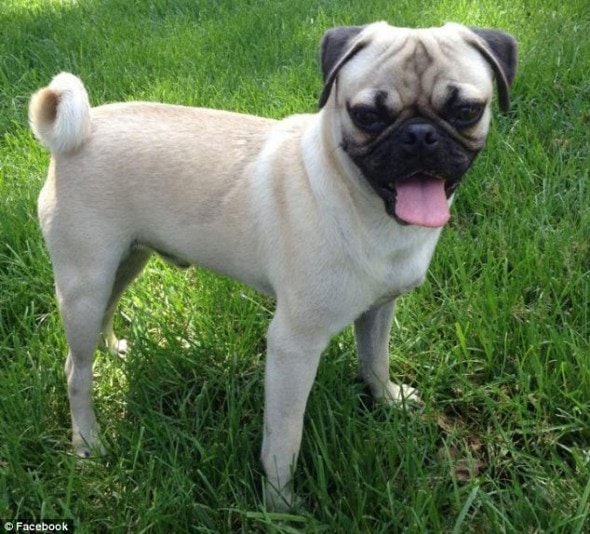 Last Thursday the Clark family’s beloved Pug, Dugout, was stolen along with the family’s SUV outside a recycling plant in Springfield, Missouri. Now the family is determined to get Dugout back, offering a $2,000 reward. The family is even willing to let the thieves keep the car, offering to give them the title in exchange for Dugout’s safe return.

Doug Clark went to McCoy’s Iron and Metal in Springfield, Missouri on Thursday to recycle his kid’s broken trampoline. When Clark needed to run into the plant’s office he left the engine running and the air conditioning going for Dugout.

Clark was only in the office for a few minutes, but as he walked out he saw his Nissan Pathfinder being driven away with Dugout still inside. The Clark family is devastated over the loss of Dugout and doing everything they can to bring him back.

“We are trying to reach as many people as we can to at least make everyone aware of what Dugout looked like and the location that he was taken from,” said Clark.

Flyers offering a $2,000 reward have been handed out and Dugout’s picture has been shared all over Facebook. Clark has even offered to give the thieves the title to his Nissan Pathfinder as long as the family gets Dugout back.

“I know it’s just a car, but man (and woman) that was my dog,” Clark wrote in his offer to give the title of the car. “You don’t mess with a guy’s dog.”

The thieves are believed to be a couple that had been ahead of Clark in the office. McCoy’s Iron and Metal requires customers to show an ID and handed the information over to police. Furthermore the couple was caught on surveillance cameras and that footage has been turned over to police. The police have not released the suspect’s information though.