Some dogs are best friends with kitties.  Some dogs actually like baths.  You can’t paint all dogs with the same brush – except when it comes to universal hatred of the vacuum, the scourge of canines everywhere.  They’re loud and ambulatory, making them scarier than all get-out.  Shasta figured out how to turn off the Roomba, making her a heroine to dogs worldwide.

Ok, so a Roomba isn’t quite as terror-inducing as most other vacuums.  It’s smaller, sleeker, and quieter, but it does move autonomously, making it a total freak of nature that must be vanquished at all costs.  Thankfully it moves slowly enough for Shasta to press the power button in the center. 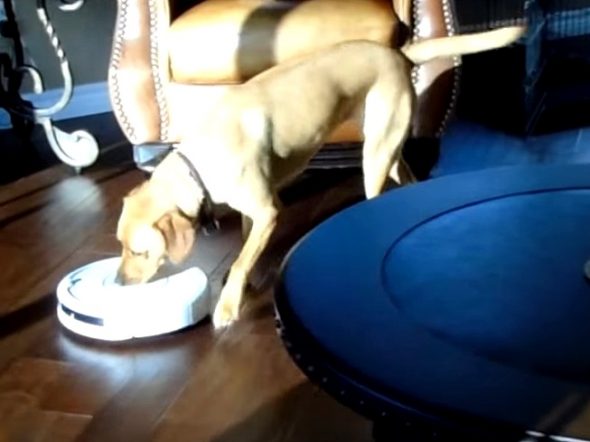 And while dogs may be rejoicing on this mirthful, triumphant day, mom is thoroughly unimpressed.

“Leave Roomba on,” she reprimands. 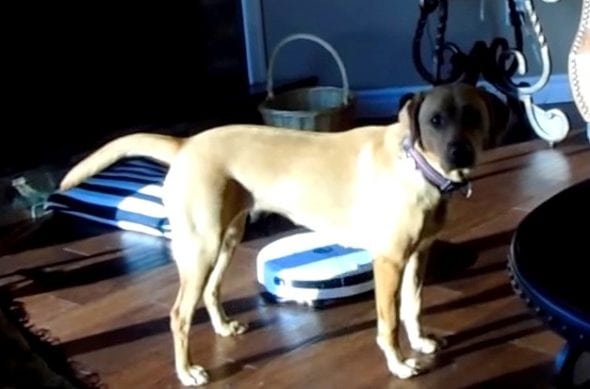 “Are you kidding?  You expect me to allow this maniacal beast to scurry about MY territory, leaving a gleaming floor in its wake??  NEVER!!” or so Shasta seems to say.

The look of victory – bwahahaha! 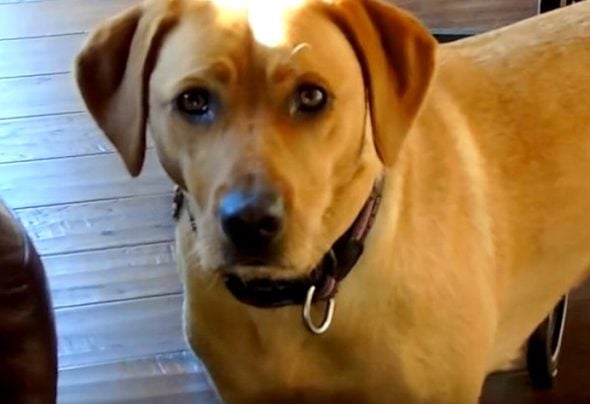