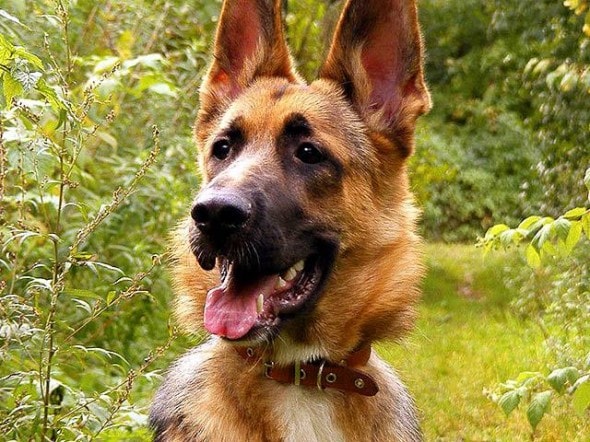 In Indiana, a German shepherd named Bela that was set to be euthanized will not be.  Instead, he is heading to an animal sanctuary in Utah.  Bela’s owner had left final instructions to put the dog down upon her death, and bury the two of them together.

After having his life hang in the balance, Bela can rest easy knowing that he is going to be alright.  After a temporary guardian decided against the whole thing, it was arranged that Bela would go to the Best Friends Animal Sanctuary.

The animal sanctuary staff has arranged his way there, and are very happy to have him joining their family.

“He will celebrate a warm, happy holiday with lots of treats, toys and love,” co-founder Francis Battista wrote on Best Friends’ blog Tuesday. “Our trainers and animal behavior specialists will work with Bela so that he will have every opportunity to enjoy a full and rich life.”

Connie Ley was Bela’s human and the one requesting the dog’s death.  According to officials, the will stated that the dog will be cremated and buried with her, or sent to the animal sanctuary, and after a week of uncertainty, Bela is on his way to what will hopefully be a have long and happy life.

The temporary guardian took so long making the decision because of what was described by them as aggressive behavior.  This can usually make the dog a bit more difficult to deal with, but Best Friends says they have much experience in handle special needs cases as such.

“It was this lack of information and the unfounded social media backlash about Connie Ley, myself, and the provisions in her will about her pets, that caused the delay in resolving Bela’s future,” estate attorney Doug Denmure said in a statement in the blog.

When Best Friends saw Bela’s situation on the popular social networking site Facebook.  They were fully confident that Bela will be no trouble for them at all.