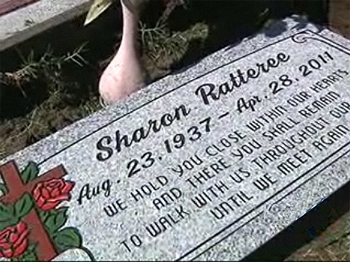 *Update 8/3/11
Kirby has been adopted. Local resident Susan Wood saw his story in the news and contacted Dave Willis, who decided that Susan would be a perfect match for the heartbroken dog. Susan told KSBY TV that Kirby now fills a void in her heart, after her own 18 year-old terrier died in 2007. “I had a big old empty spot, so the Wills’ family made it possible for him to jump into that spot and take over,” said Susan.

She says Kirby is smart and charming, enjoys lot of cuddle and play time, and is a very happy boy.

[divider] Kirby is not ready to say goodbye to his beloved guardian.

In fact, since the death of his owner, Sharon Ratteree, in April, the heartbroken dog has bounced from home to home, and each time he has been taken in, it’s only been a matter of time before wanderlust has taken hold of him, prompting yet another escape. Kirby will not be contained, and the reason for his desire to leave behind those who care for him is now apparent: he’s been trying to find a long lost friend.

“There’s no other way to explain it really, he’s just sad and lonely and misses his mom,” said Dave Wills. Sharon Ratteree was Dave Wills’ grandmother. She took in the dog when her daughter Susan passed away just two weeks after bringing him home in 2003.

The bond formed between them would prove stronger than anyone could have imagined when Kirby escaped the home of his current owners and his story took a bittersweet turn. The runaway dog was eventually located miles from home, a sad sentinel keeping watch over his lost friend: when Kirby was found, he was sitting beside Sharon Ratteree’s grave.