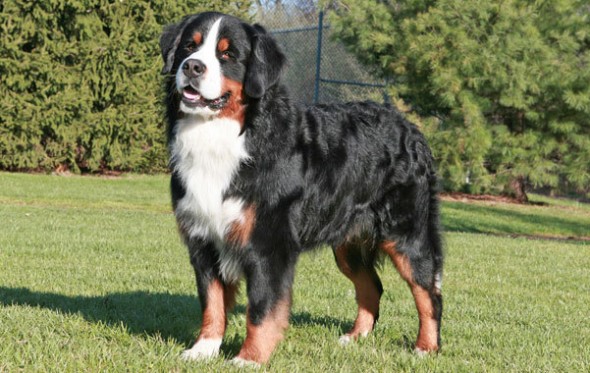 Therapy dogs are more common place today than ever.  They are used to help ease the pain and provide a bit of loving comfort to trauma survivors of all types, and that is exactly why the folks at Standing Together Against Rape (STAR) keep pets around the office.  According to Keeley Olson they are key parts of many people’s lives.

“It can help people open a lot,” said Olson.  “They don’t need to feel so defensive or constrained because of that unconditional love that a pet can offer.”

Rory is a four-month-old Bernese mountain dog, and is the most recent addition to the STAR staff.  According to Samantha (whom asked that her last name be kept private) a staff advocate, Rory was full of life and as playful as it gets.

When Samantha left Rory in her vehicle on Tuesday afternoon, she was only in the STAR’s offices for a short time.  When she returned to her car, Rory was no longer in it, and was nowhere in the immediate area.  Someone had taken her.

Apparently, someone had gotten in to Samantha’s vehicle through the windows that were left open.  An employee recalled seeing an older, gray, four-door car in the area at the time containing two men and two women.

Whatever actually happened, the police were called right away.  A reward for information leading to the dogs return was also collected via donations.  Yesterday, around 3 in the afternoon, STAR got the help it was looking for.

Olson said that a man called after he found a dog that looked like the description of Rory running alone around Lake Hood.  Samantha met the caller at a grocery store just minutes later to check and see if it was Rory.  Even though her tags had been removed, Samantha recognized Rory immediately.