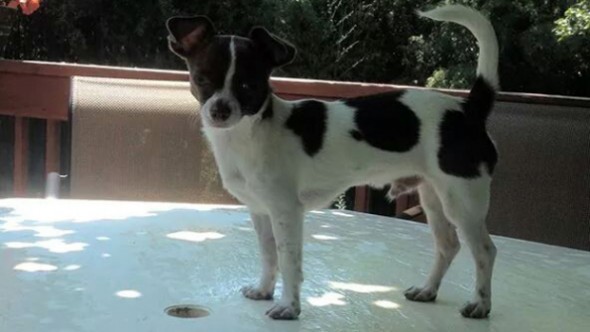 In North Bergen, New Jersey, a car was stolen outside Tonnelle Wine and Liquor Thursday night.  It would have been a routine car theft case, had Rambo the Chihuahua not been stolen along with the vehicle.

Rambo’s human, 29-year-old Zulma Solis was heartbroken to find out her vehicle had been stolen.  She had left the car running, and Rambo was inside as well.  When she came out not five minutes later, the car and dog were nowhere to be seen.

This past Monday, Zulma got the call she had been waiting and hoping for.  Someone located Rambo, and he was going to be okay.

Zulma had adopted Rambo when he was only two months old.  The two are best mates, and Zulma just didn’t know what she was going to do with herself without Rambo.  By the way, Rambo is a bit of a tongue and cheek name according to Zulma, considering his small size.

Monday afternoon, the two were reunited, and Zulma could not be happier.  She really missed her little guy, as anyone with a missing furry, four legged family member.

Surveillance video is still being gone over by the police.  So far no suspects are in custody, and there isn’t any word on the location of Zulma’s 2014 Acura ILX.