Five-year-old “Sammy” is lucky to be alive after falling 40 feet off a cliff while on a hike in Noanet Woods in Dover, Mass. this past Sunday. The dog suffered serious internal injuries and required emergency surgery at Angell Animal Medical Center, where he is now recovering from his ordeal.

Sammy’s owners, Mike and Moira Bowser of Chelmsford, Mass., received a call on Sunday morning from her brother-in-law Paul Finnegan—who had taken Sammy to Dover for a hike along with his own dog, Fiona, and described what happened. According to Finnegan, the dogs were enjoying the beautiful weather and the many streams in which to play when Sammy suddenly disappeared. 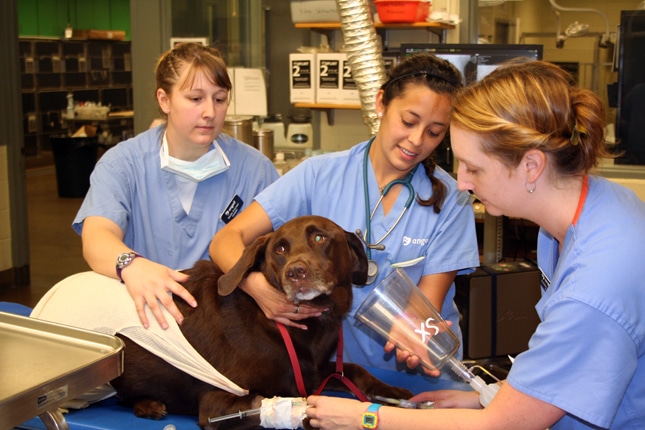 Concerned, Paul began searching for him and soon after heard the dog’s cries from the bottom of a forty-foot cliff adjacent to nearby hiking trails. When Paul looked down the face of the cliff he could see Sammy moving, but clearly in significant pain.

Desperate to help Sammy, Paul secured Fiona to a nearby tree and managed to make his way down the side of the cliff. The cliff was far too steep to make it back up, however, and—even though Paul couldn’t have known it at the time—Sammy’s internal injuries were so serious he could never have made it out on his own. 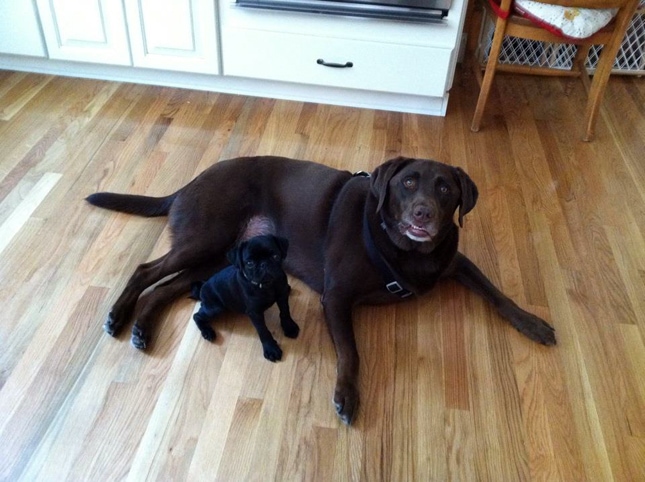 Paul called the Dover Police Department, who arrived on the scene with a cable and a rescue sled. The officers were able to secure Sammy to the sled and hoist him from the bottom of the ravine.

Paul immediately drove Sammy home and by this time his symptoms had worsened. He was crying and his breathing was labored. Mike and Moira wasted no time getting Sammy back in the car and on the way to Angell, where doctors in the Emergency Critical Care Unit evaluated him. Dr. Megan Davis assumed control of Sammy’s care and ordered tests to determine the extent of his injuries. 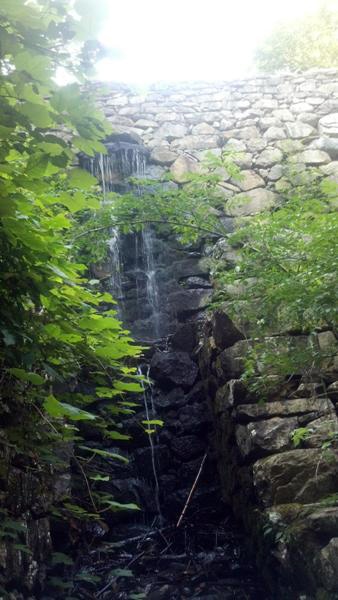 The test results, according to Dr. Davis, were alarming: “Sammy’s injuries were severe—he suffered a massive pneumothorax, which means the trauma caused a rupture in his lung, which made it very hard for him to breathe ,” she said. Moreover, the impact had forced parts of his intestines directly into his chest cavity. Continued Dr. Davis: “Sammy’s injuries are of the type we normally see when dogs are struck by fast-moving cars. They are very serious and could easily have killed him.”

Sammy’s internal injuries were such that they could not be treated medically and required surgery to address. Dr. Russell Kalis, an experienced veterinary surgeon, took on the delicate procedure. Rather than open up Sammy’s chest wall to repair the damage—a procedure that is both extremely risky and requires a far longer recovery time—Dr. Kalis was able to close the hole in Sammy’s chest through an incision made in the dog’s abdomen.

Said Dr. Kalis of the surgery: “Sammy did incredibly well during the entire procedure. We were able to extract the intestines from his chest cavity and repair all of the damage brought on by the fall. He’ll need a couple of days to recover here at the hospital and then he can return home to his family.”

Sammy is expected to head home on Friday, an event that Moira is very much looking forward to. “This ordeal has been so frightening and I’m so relieved to know Sammy is through the worst of it. I’m very confident that we can nurse him back to full health once he is discharged from the hospital.”