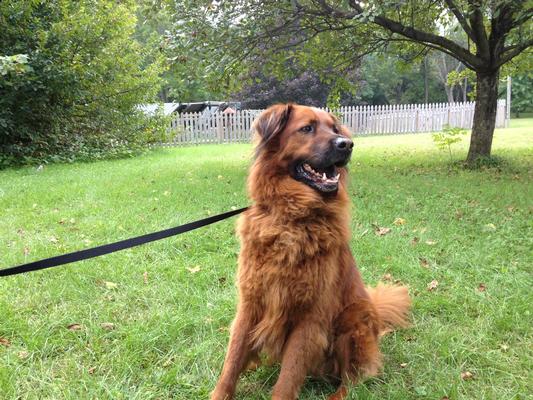 A family in Clifton Park, New York thought they had lost their beloved dog Sparky to a house fire when four hours after the fire was extinguished Sparky came running out of the burned home.

When 18-year-old Joe Ventura rushed home when he heard his home was on fire he was relieved that his mother, the only person at home at the time, was safe. However another important family member hadn’t made it out. Joe’s mother, Martha Gronowski, had tried to get their dog Sparky to leave the house when the fire broke out, but he wouldn’t move.

“I got home and they told me we couldn’t find Sparky anywhere,” said Joe. “But everyone else was out of the house, which I was very thankful for. But, you know he’s part of the family and that’s really hard to deal with.”

The family and firefighters thought they had lost Sparky. Then four hours after the fire had been extinguished Sparky came running outside.

“All the firefighters were outside and here comes Sparky, running out of the house,” said Joe. “So it was really cool.”

Sparky had survived the fire by seeking shelter in the bathtub; somehow the bathroom door had also managed to close behind him keeping him safe.

“They said the fire stopped right at the bathroom door, which is nothing short of a miracle,” said Joe.

Sparky was checked out by a veterinarian but he luckily didn’t suffer any injuries. His family is thrilled to have him safe and alive.