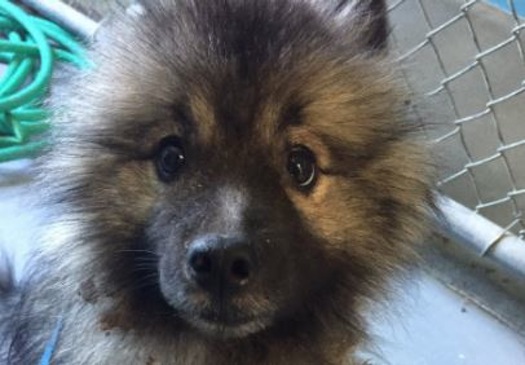 A Keeshond called Terra June has pulled off quite a feat.  She managed to survive on her own for about six months after she took off from her family one day.  It may have taken quite some time for Eagan, Minnesota animal control officer Bob Kent to catch her, but she’s finally home safely.

For several months officer Kent tried tirelessly to find Terra June.  Her human, whose name was withheld, reported her missing from home and was fearing the worst.  The area does have several dangerous predators, making her survival in the wild all the more amazing.

At first, people would call in and report sightings of her all over.  However, one day the more or less just stopped.  At that point, even officer Kent was fearing the worse.  He noted that there was an “explosion” in the coyote population, which wouldn’t have made for very good odds.

As luck would have it, Terra June wasn’t really dealing with too many coyote encounters, as she became friendly with several construction workers building a new development not far from her home.  The workers had been tossing her food, and at one point she became a mascot of sorts.  One of the workers just happened to see something about her being missing and reported her whereabouts to Officer Kent.

Officer Kent got to the development as quick as he could.  He set out a live trap with some food in it, and before long, Terra June was rescued.  To be sure he scanned her for a microchip, which she did have and it did in fact identify her as Terra June.  He then got a hold of her family, and she was safely taken home.

What’s the Best Dog Food if Your Dog Needs to Gain Weight?
Do German Shepherds Smell? Why & How to Make Them Smell Better
Dog Volunteers: Have You Considered It?
Most Popular Dog Breeds
What’s the Best Dog Food for Your Dachshunds?
Miniature Dogs: Health & Food
Natural Balance LID
Dog Mode? A new Tesla feature could let passers-by know your dog is safe