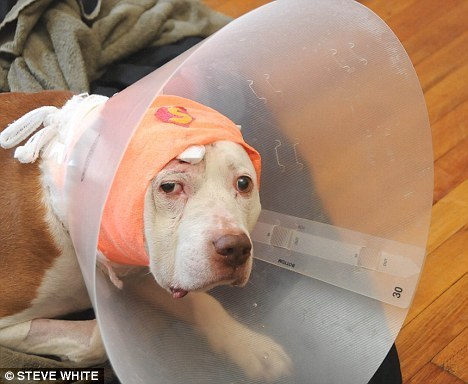 Kiko was in the news in 2012, when he saved his human from a home invasion.  Someone posing as a UPS delivery person tried to break into the home Kiko was living in on Stanton Island, New York.  Kiko ended up shot in the head for his efforts, and against all odds, made a full recovery.

That would have been a very good happy ending for Kiko and his story.  However, Kiko’s human ended up on very hard times a couple of years ago, forcing him to surrender Kiko. 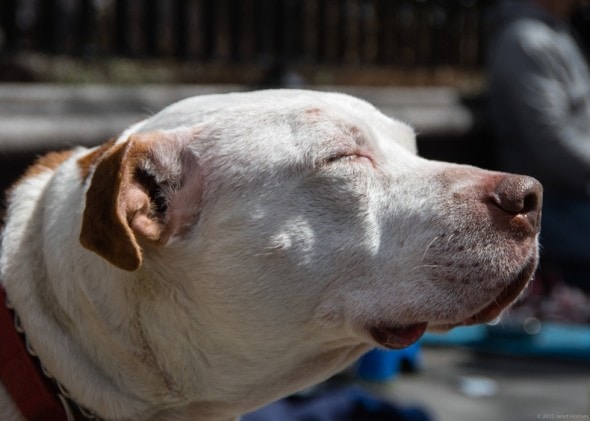 That’s when Mighty Mutts heard about Kiko and his story.  They though that he deserved better, being a hero and all.  In late 2014, Mighty Mutts took Kiko in and have been looking for a forever home for him since.

“The first few weeks of adoption drives, it was obvious that Kiko was very confused, and just seemed to be looking for his owner,” Jill Haynes of Mighty Mutts said.  “Initially we thought he was a little shut down, but after a bit of time we realized he was actually just completely deaf.” 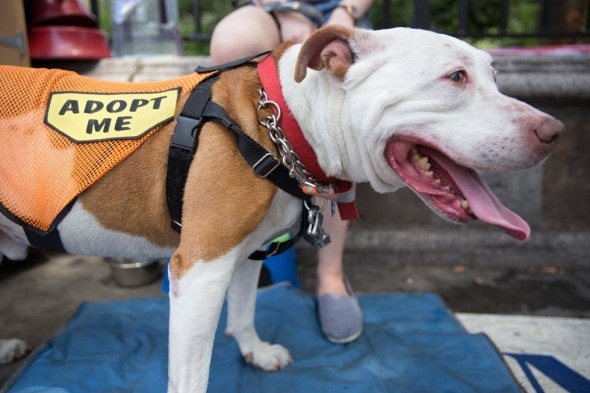 Mighty Mutts isn’t sure if Kiko has always been deaf, or if it’s from taking the bullet to the head.  It really didn’t matter when it happened, but just realizing this fact has helped bonding with Kiko so much easier.

“Kiko responds to touch rather than sound, and like most dogs enjoys a good back scratch,” Haynes said.  “He is a more reserved dog than some of our others, which causes him to get overlooked frequently at adoption drives.  But when he bonds with a volunteer and leans his head in for pets and scratches, it is the most endearing thing in the world.” 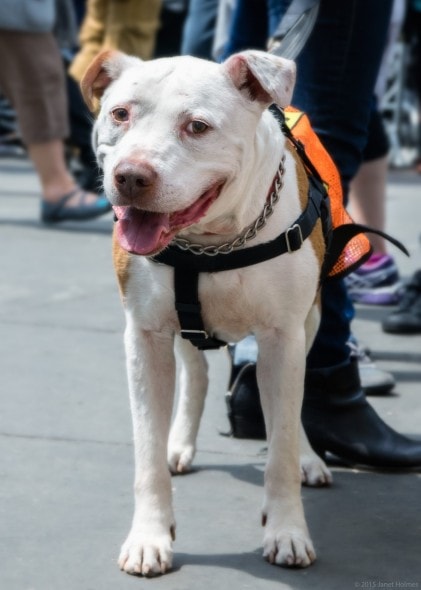 Kiko is 14 years old now, and would do best in a home where he was the only dog, and would most likely do better in home without children.  His advanced age means a fist floor home would be best for him, and a home visit is a requirement for adoption with Mighty Mutts, so the ideal home for him would be no more than tow to three hours outside of New York City.

If you, or someone you know is interested in more information on Kiko, you can visit the Mighty Mutts webpage by clicking here.