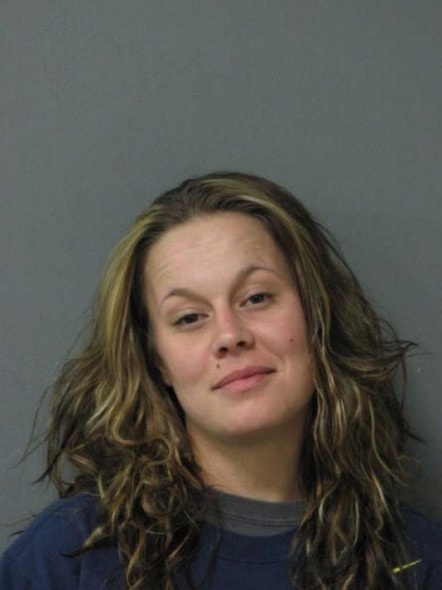 Sheriff’s deputies in Lafayette Parish, Louisiana had been called to the 200 block of Loranger Boulevard on Wednesday 9th of April, 2014 to look into the possible theft of an English bulldog.

The owner of the dog said it’d been taken out of his yard “without his permission,” according to Kip Judice, public information officer.

The victim had advised officers that he thought it was a woman he had seen taking the dog away from his front lawn.

Ashley Ann Perkins, a 25-year-old woman from Broussard, was picked up a short time later with the bulldog in her possession.

She claimed the dog was hers, which she had lost.  After the owner produced dog registration paperwork and photos of the dog to prove it was his, Perkins admitted to taking the dog.

After being picked up by officers, a witness was located who alleged that Perkins had promised to sell them an English bulldog for $200.

Perkins was then taken to the Sheriff’s Administration Building to be processed.  While there, she made a quick escape through a rear door in the building during a brief lapse in supervision.  Her newfound freedom was short-lived, however, as she was soon spotted hiding out in a Circle K store on Landry Street.

Theft of animals, criminal trespassing, and simple escape are the charges for which she is now being held at the Lafayette Parish Correctional Center on $7,500 bond.