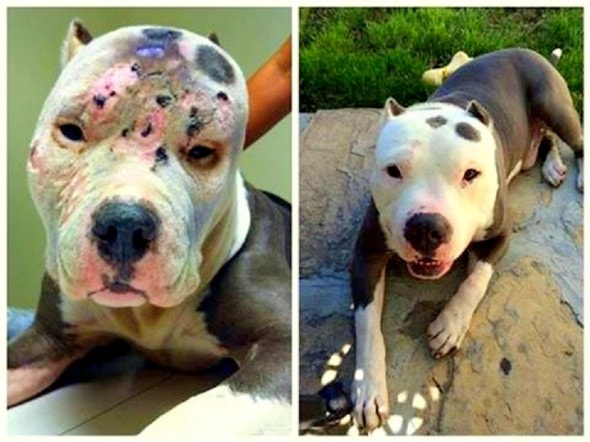 A California judge gave out the maximum sentence to a man for the abominable abuse of his pit bull.  Thankfully the dog survived, and his abuser is spending the next decade and a half in prison.

Sacramento Superior Court Judge Steve White sentenced Robert Lee Brian to the maximum sentence of 15 years and 6 months for the torture of his dog Bubba. 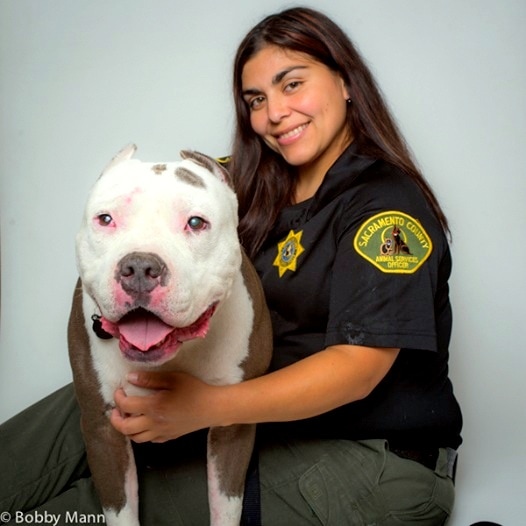 The man was facing felony abuse charges after Bubba was seized in October 2013.  His skull and snout had been fractured, and suffered other trauma to his face, as well as chemical burns.  He lost sight in one eye, but otherwise went on to make a full recovery.

Once Bubba was removed from the property, officials found the remains of three other dogs on the property.  Only one body was in a good enough condition to have a necropsy performed, but the visible skull and facial fractures led to Brian receiving felony charges in addition to the ones he faced for Bubba.