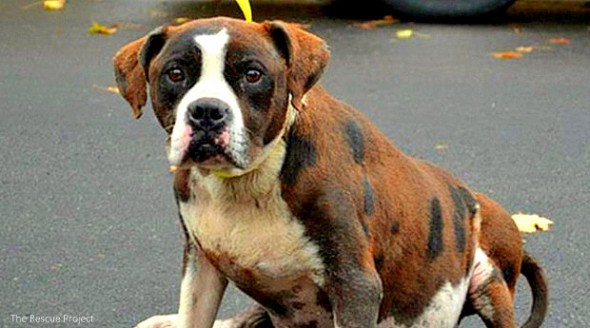 Five months ago, a deadly home explosion blasted three dogs outside left one man dead.  Two of them were captured, but the third dog, injured and afraid, stayed near the site of her home for months, fleeing everyone who was trying to catch her.  Now she has been rescued and is getting the care she needs.

On June 4th, a Kansas City house exploded, injuring two men and throwing the three dogs into a nearby creek bed.  It was reported that fireworks were illegally being made inside and caused the blast.

Wiley Mitchell Jr. lost an arm and both of his legs, and died days later.  Several other people and the dogs were injured.  Animal control were able to catch two of the dogs, but the third spent the next five months outside, waiting for her family to come home. 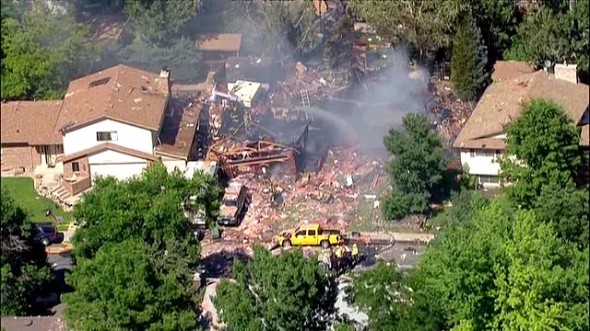 “She obviously had the will to live. She had hope to live,” The Rescue Project outreach lead Lori Lamb said. “That’s the reason why we named her Asha, because it stands for hope.”

Only an empty lot remained where the house once stood.  Neighbors saw the dog roaming around for months after the home was torn down.  They contacted The Rescue Project for help catching her.

“Once the house had exploded, the family never came back because of the tragedy,” Lamb explained.

A humane trap was set up, but the timid and confused dog wouldn’t go for it.  When hunger proved too much of a temptation, she finally was caught. 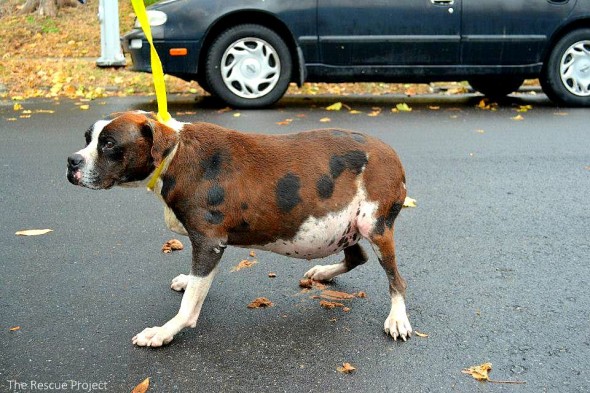 “The neighbor called and said she was in the trap,” Lamb said. “We were ecstatic.”

Now she’s being treated and tested by veterinarians at the Great Plains SPCA.  Asha had been walking around with untreated burns and other injuries for months.

“We have a lot of people just ready to see that happy ending for Asha,” Great Plains SPCA chief communications officer Rachel Hodgson said. “She has gone through so much and she is still a sweetheart.” 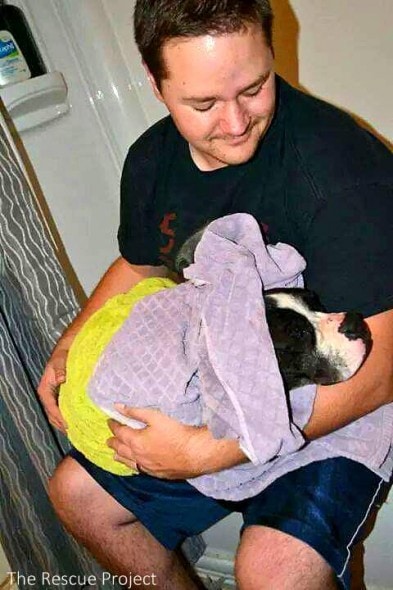 Sadly, it was discovered that she has a severe urinary tract infection and Cushing’s disease, which affects hormones and gave her a distended abdomen.  It can lead to gastrointestinal disorders and hypertension.  She will need treatment for the rest of her life.

She is going to a foster home to recuperate, but it is hoped that someone will step forward and make her a permanent member of their family.  If you would like to adopt Asha or any of the other animals in Kansas City that so badly need a home, please get in touch with the Great Plains SPCA.  For their contact information, click here. 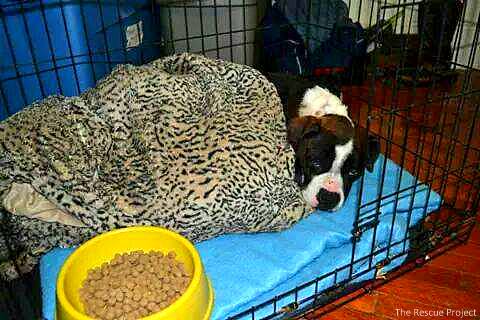