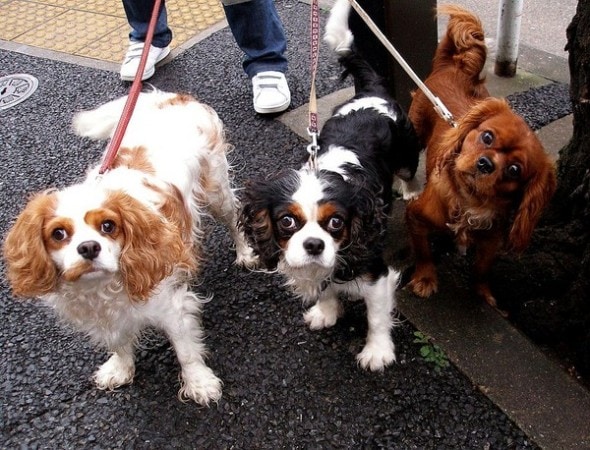 San Francisco, California – San Francisco Board of Supervisors approved a dog-walker law in February 2012. The Board gave The Department of Animal Care and Control up to 18months to work out the details. Now the law is about to take effect. The new law, which goes into effect July 1, will require all dog-walkers to have licenses to do business.

The law requires that anyone walking four or more dogs have a permit which costs an initial $240 and $100 annual renewal fee. Dog-walkers cannot walk more than eight dogs at any time. Vehicles must have $1 million liability insurance and be inspected. Dog-walkers must undergo 20 hours of training or 40 hours of apprenticeship unless they have been in business for three or more years. Repeat failure to comply carries fines up to $1000 and a year in jail.

But not everyone is happy about the new requirements. Animal trainer Phoenix Asher Featherstone is threatening to file an injunction to block the law. Featherstone, previously known as Elisa Baker, has been part of groups blocking similar laws. She says she will be challenging the constitutionality of the new law because she claims it is based on a training model with which she disagrees.

Featherstone argues against the law claiming that dog-walkers should be able to walk up to 15 dogs at a time. She also says the fees should be on a sliding scale ranging up to $600 to make more money for city parks. She says the current law will mean that the city will lose thousands of dollars a year.

Featherstone says that the proposed law uses the SPCA model of training, not her own method which she calls “solely positive, food-based.” There is no official method other than one approved by the current Animal care and Control Director, The companies that have been approved to handle the training do employ the SPCA model.

Sally Stephens, president of dog owners association SF Dog and chairwoman of the Animal Control and Welfare Commission, disagrees with Featherstone, noting that anyone can suggest a training methodology or curriculum for approval.