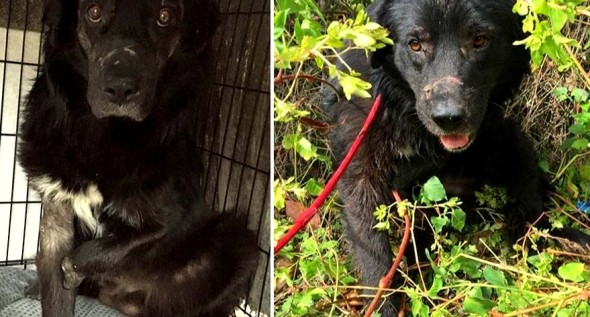 Wooly was abandoned over a year ago in Dallas, TX, and was finally captured in November of this year. He was frozen with fear and in absolutely horrific shape: cuts and wounds all over his body and face, a missing front foot and an injured back leg that he was forced to drag behind him.   Neighbors to the area he was found in told us that he had a bear claw trap caught on his foot for weeks until it finally fell off, together with the foot.

What we didn’t know is how extensive his injuries were until he was brought in for medical treatment. Due to the massive amounts of open wounds on his body, he was shaved down and it became evident that Wooly had been fighting for his life since the day he was abandoned. His face is a map of scars; his body shows the trauma he endured for over a year. Due to the bear claw trap attached to his foot, Wooly was never able to fight back when he was attacked by other dogs, wild animals and humans who meant him harm.

Thanks to the amazing work of our Dallas partners, Wooly finally knew what it was like to be safe. He is now in foster in NY and has continued making the progress he started while in foster in TX. But it will be a long road to recovery. 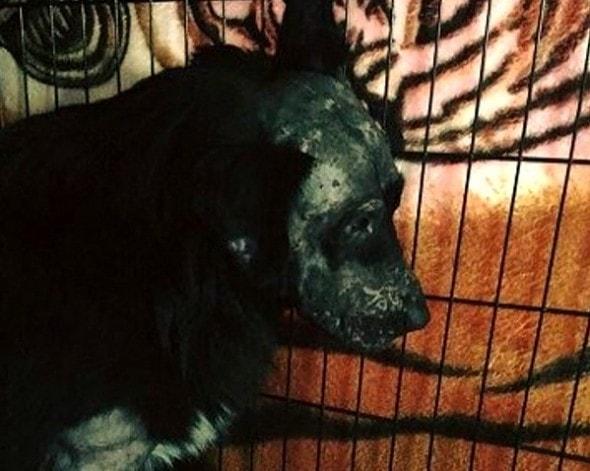 Wooly is still fearful and he is still in pain, but he is improving daily. Every day he becomes a little braver, every day he manages to test his limits just a little bit more. We are behind Wooly every step of the way, no matter how long it takes.

Now Wooly needs your help. His leg is infected and he reinjures his stump daily. He is scheduled for amputation surgery this week.

Please stand behind him with us, help him rise and live the life he so deserves. He will never be lonely again, he will never long for love or go another night without a meal. He will only know kindness and compassion, his worst days are behind him and it’s up to us to make up for lost time. While we cannot begin to imagine what his past has been like and the demons he has faced, we can ensure his future is warm and filled with love.

Please share and donate from your heart. As always your donations are tax deductible and your contributions allow us to continue giving dogs like Wooly their second chance.

If you would like to see this be the last day Wooly spends in pain, please CLICK HERE to donate. 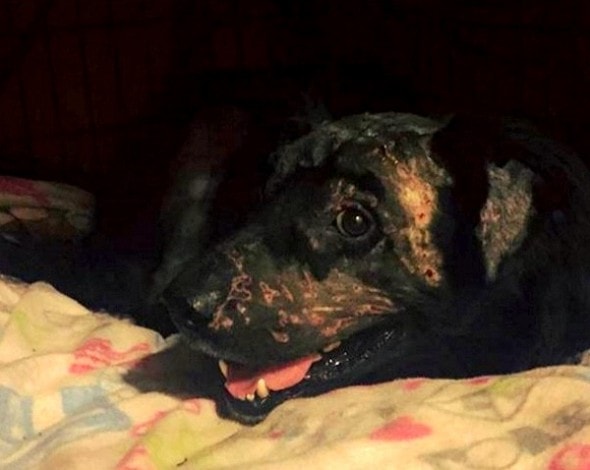