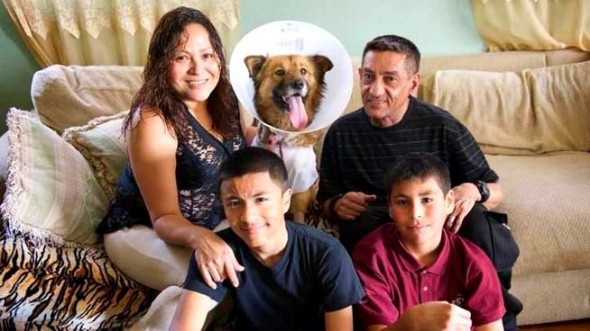 Last month we brought you the story of Charlie, the heroic dog who sacrificed herself to save her family from armed invaders.  She and her canine siblings chased them away, and Charlie took bullets that may have struck one of the children inside.  Now three-legged dog, has returned home to recover.

Charlie and the other two dogs chased the intruders into the street after they broke into the LA home, when one of the would-be robbers fired shots as he ran away.  The bullets struck Charlie in two of her legs according to the North Central Shelter.  One of the other dogs even attempted to push Charlie back into the house after she was injured.

If Charlie had not been there, there was a pretty good chance the shooter would have hit one of the children, her owner told the shelter.

Charlie was taken by animal control to the North Central Shelter because the owners could not afford emergency surgery.  The technician who helped with Charlie also reached out to the North Central Shelter Intervention Program.  This is a resource that helps pets get the medical attention they desperately need, and get them reunited with their family.

Did they ever get some help:  the program, along with The Bill Foundation, created a fundraiser with a goal of $4,000, but it was quickly met.  When it ended, the total exceeded $8,000.

“Please help us raise the funds to help this loyal and heroic dog get the care she needs. And reunite her with her family! She misses them very, very much – every little bit helps,” the shelter had posted.

Charlie has undergone a successful leg amputation, and when she was welcomed home Feb.27, and saw the children, she quickly stood up and started walking. 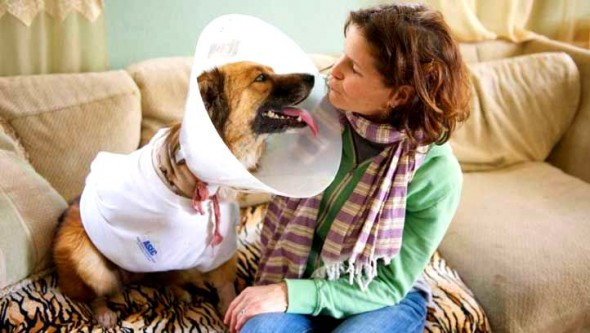