Every so often you hear about a dog who has been missing for years being found and reunited with their families, but it’s certainly not every day that a dog lost for years makes her back to her very own home!

Joel McDonald was blown away by what he saw when he opened the front door of his North Carolina home last Tuesday – his gal Molly.  She had gone missing four years before, and wasn’t even sure that this was here – it seemed too good to be true.

So he took the dog to the Animal Care Center of Salisbury to have her scanned for a microchip. 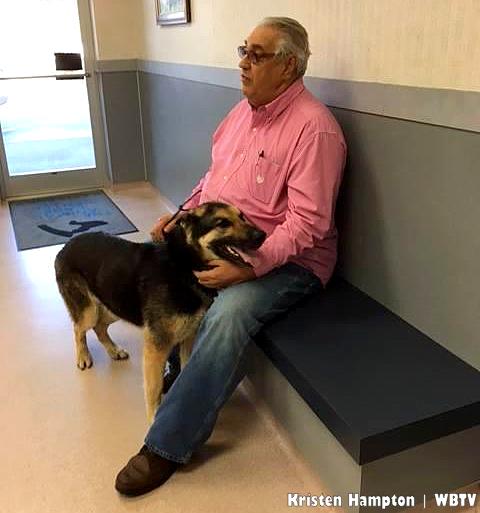 “We didn’t ask him his name or anything I looked down and I said ‘We got a number,’” said Terry, who works in the office. “I looked it up in the computer and I said ‘What’s your name?’ And he told us, and I said, ‘That’s your Molly!’”

She and other staff members wept tears of joy over the unforeseen reunion.

“I wasn’t expecting that,” Joel said, with a lump in his throat.  “I’d already said she was gone.”

The McDonalds wonder where Molly has been for all these years, but know that even if they never find out, it doesn’t really matter, because the important thing is that she’s home, and catching up on four years of belly rubs and snacks.