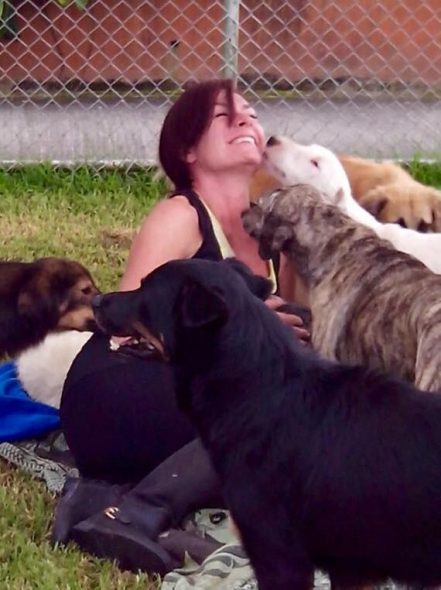 Several years ago, Lya Battle was visiting a shelter in Costa Rica to buy some food for her dog when she met a Diego, who would change her life forever.  He was a 15-year-old schnauzer, very sick, and his poor little body was loaded with tumors.  Needless to say, he was in rough shape.  There was no way the two would know where this chance meeting was going to lead them, but it really is a great story.

“I remember it was late in the day, and they were about to close, and I heard the girl who works there call another girl and say, ‘Oh wait, before you leave, bring the little black dog from cage number three into the operating room,'” said Battle to The Dodo.  “And I thought, ‘That’s weird that they’re waiting until the very last minute to spay him.'” 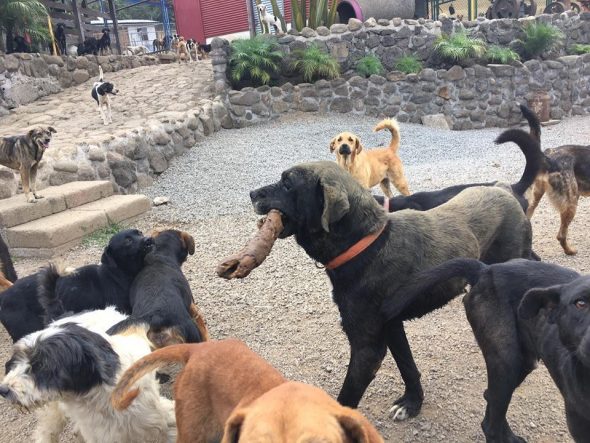 The thing is, the shelter was not going to perform a routine surgery on Diego.  They were going to put him down.  Once Battle found out what was about to happen, she decided that she wasn’t leaving the shelter without him alive and well.  Not without one hell of a fight, first. 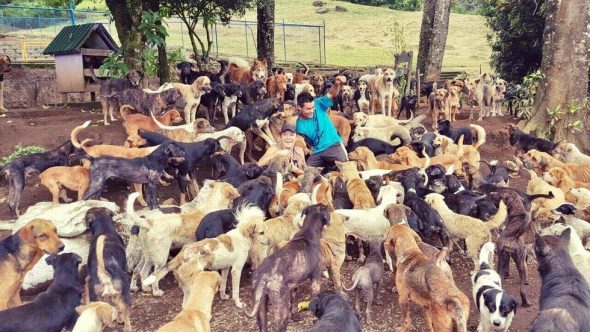 Battle is no stranger to rescue and rescue dogs.  She had already had several rescue dogs before, however Diego would be her first special needs rescue.

“I thought he would literally die within a week, but he actually held on, and he became our sweetest child for four more years,” Battle said.  “He got at least 19 or 20 years of life.” 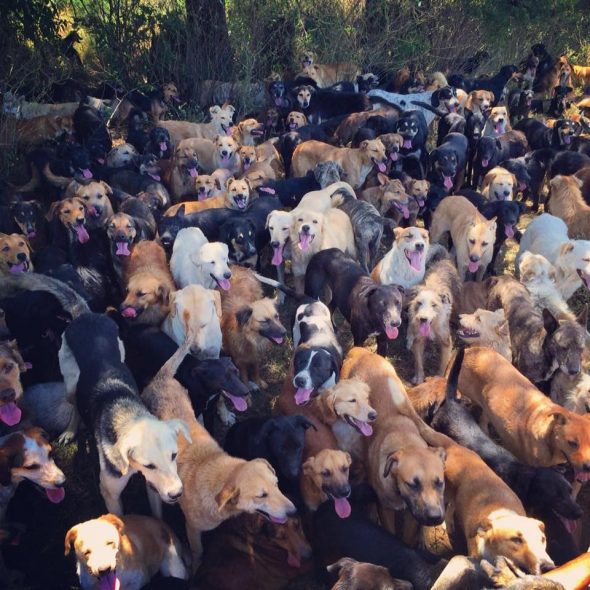 Battle realized that it wasn’t just Diego who was in need of rescue.  In Costa Rica, the number of dog in need is just insane, and there really are not a lot of people that are either willing or capable of doing anything about it.  Between the number of street dogs hanging about, and the general lack of knowledge on how to care for animals that exists makes things difficult.

This is where Battle and her husband Alvaro decided that they would take on the job of helping out as much as they possibly can.  It wasn’t easy, as a lot of people who do rescue already know.  Money is perpetually tight, and the number of dogs needing help seem to be only getting bigger. 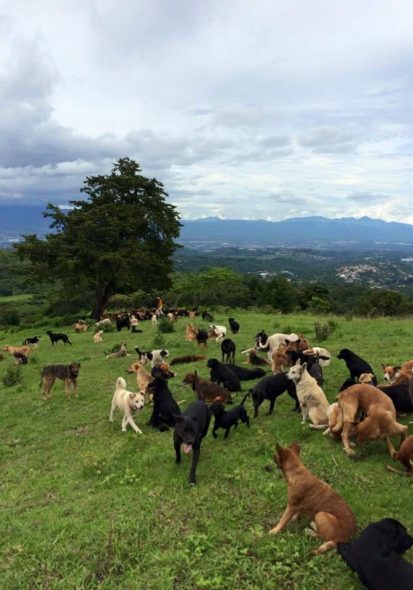 At the time, the two were living in a small, loft-style home.  The yard wasn’t exactly huge, and it wasn’t too bad because they didn’t have a ton of dogs.  However, things escalated quickly, and soon they had more than 100 dogs on the property.  They tried their best to work with what they had, but it just wasn’t going to cut it.  They ended up hiring on two other people to help, and they both had day jobs they were working day jobs.

“I worked as I do right now, and Alvaro also helped with the costs through his different business affairs,” Battle said.  “We literally took from wherever we had in order to keep them homed.” 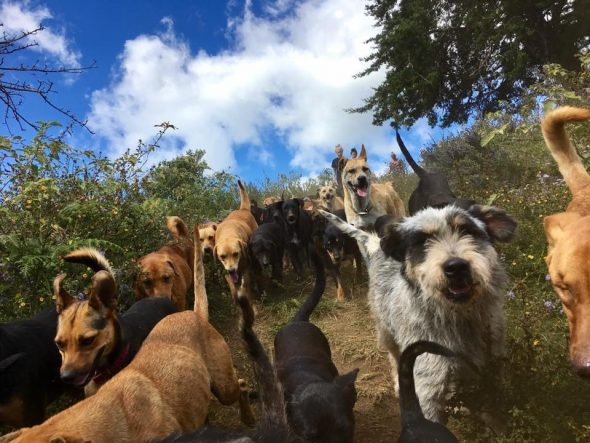 As luck would have it, a 146-acre farm became available that had once belonged to Battle’s grandfather.  That’s when Alvaro hatched a plan.

“My husband said, ‘Why don’t we hire someone to go live at the farm and take care of the 100-odd dogs we had at home,'” Battle said. 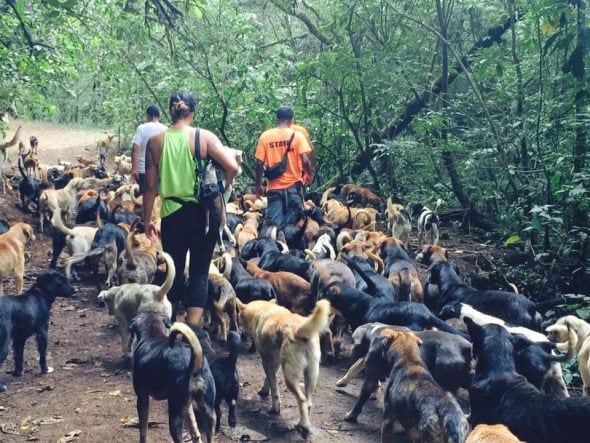 In the end, that’s exactly what they did.  In 2009 they founded the Territorio de Zaguates, which means something to the effect of ‘land of the mutts.’  They have been an institution on the island ever since, and to this very day they remain no-kill.  At this point, they have somewhere between 600 and 700 dogs at the sanctuary.  Battle says that they have had up to about 900 at one point.  Sure, they adopt dogs out, but they still seem to come in pretty much all the time.

“They come and go,” Battle said.  “We’re always taking in more than we give out.  At least the population is rotating.  We also have a huge, huge senior citizen population.” 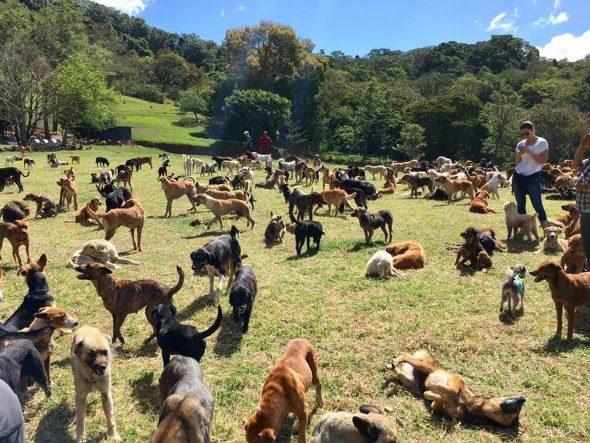