No one knows how he got there, but a scared and confused dog found himself trapped on a massive pile of sticks that had become lodged against a concrete wall in a river.  Fortunately, an animal rescuer heard about the dog’s plight and came to his rescue, allowing for a truly happy ending to what could have very easily been a tragedy. 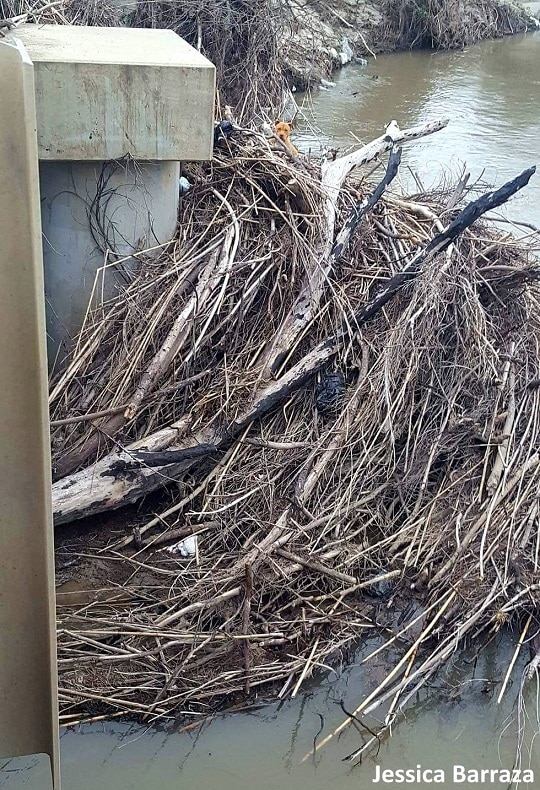 A search party had actually been looking for a man who may have drown in the Salinas River in California, but they came across the castaway dog.  He had apparently been there for several days, but no one seemed to know how to help.  Eventually, the right person learned about his quandary. 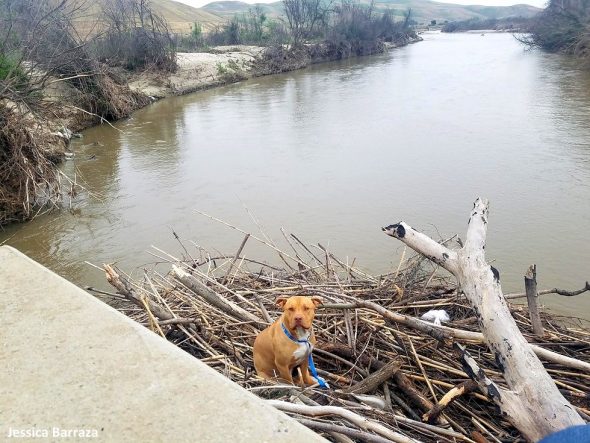 “I’m known in the community as an animal rescuer,” Jessica Barraza told The Dodo.  “A friend who is also involved in animal rescue heard of the dog’s situation and got in touch with me immediately. When we got there the next morning, he looked friendly and eager to be out of that situation.” 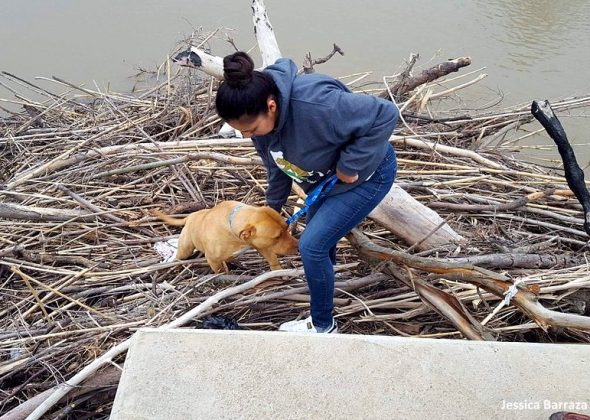 They tried adding branches to the jumble to make it high enough for the pit bull to climb up, but he was too scared to move.  Barraza realized that the only way this dog was coming up was if she went down to get him.  One false move on the precarious pile of timber and she could have wound up with a broken ankle or worse. 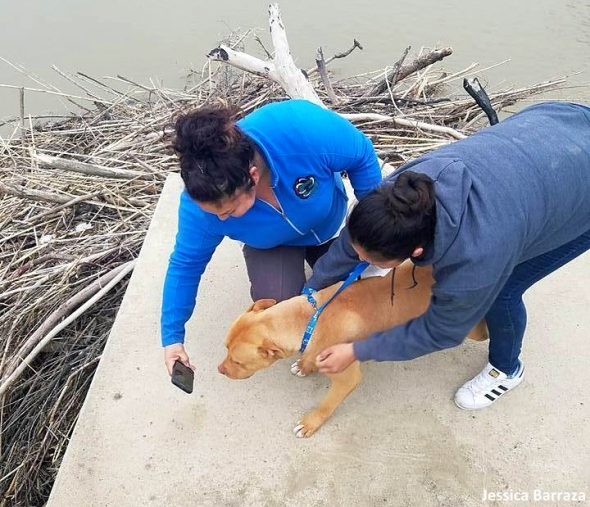 She climbed down gingerly and was able to hoist him up to the concrete slab.  Once safe, she had to figure out what to do with him.  Had he been abandoned, or was he just a runaway?  He had a leash on, so either was a possibility. But most excellently, he had a family – one who missed him very much. 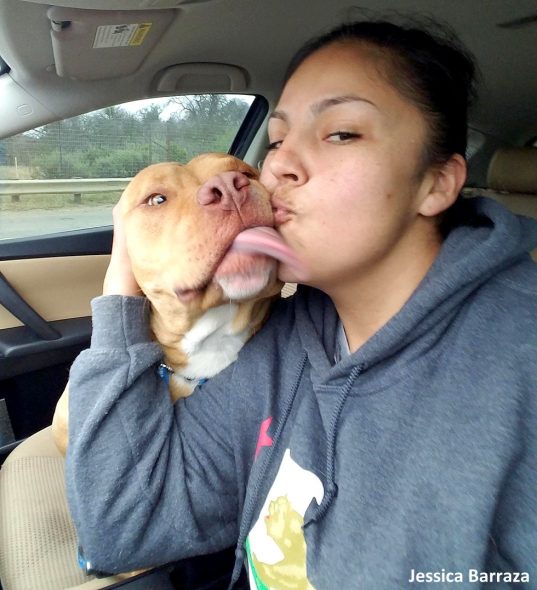 “He had gotten loose and his family had been looking everywhere for him, driving around and posting on lost and found pages,” Barraza explained. “How he ended up in the river is a mystery, but this dog definitely had angels watching over him.” 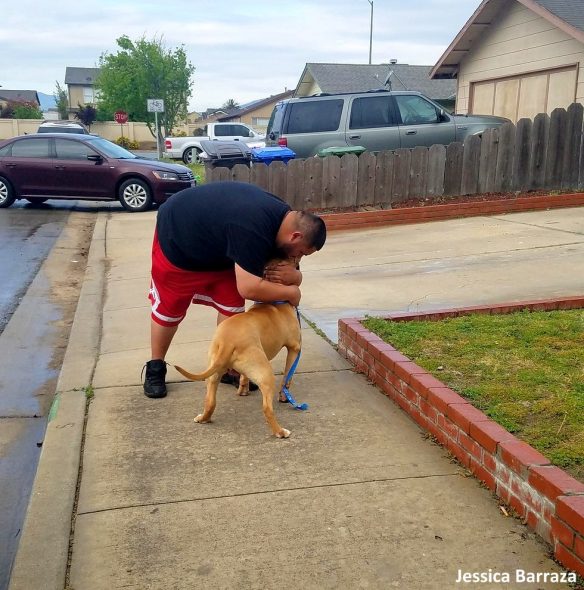 This pup could have gotten that leash caught on one of the sticks and ended up in the water.  He was clearly happy to be saved, but even more thrilled to see his family again, who was incredibly appreciative of Barraza for saving their lad and getting him back home.