When five teenagers from Lisbon, England, went out walking they never expected their leisure afternoon walk would turn into an animal rescue, but that is just what happened on March 25, 2014.

The teenagers walked past a closed school playground when they heard a dog barking, however they couldn’t see a pet on the premises. Upon taking a closer look, they saw a dog’s head sticking out from the ground, and that is when the group realized the dog was stuck. 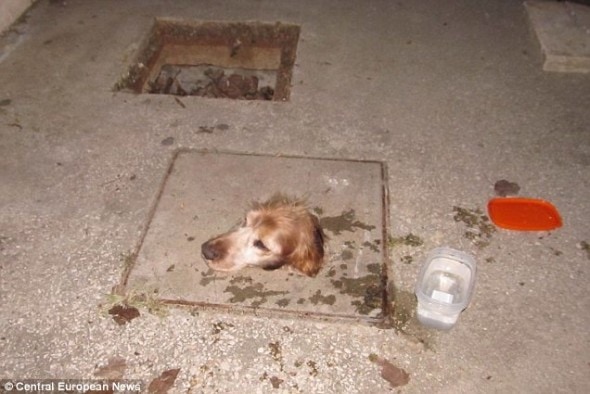 “[The dog’s head was] coming from the manhole over a sewer but there wasn’t any other way that we could see to get into the sewer,” said 19-year-old Aura Preciado. “It was impossible to pull it out through the tiny hole so we called the local animal rescue service.”

According to the Daily Mail animal control showed up as soon as they received the kid’s call, then the fire department was called to assist, and four firefighters were dispatched to the scene.

Carefully, the fire rescuers widened the opening of the manhole to free the pet. It took the heroes an hour to release the canine.

“We don’t know how [the dog] got down there,” said Animal rescue spokesman Ana Sousa. “One thing is for sure, the dog could not have got there on its own. The entrance was too narrow.” 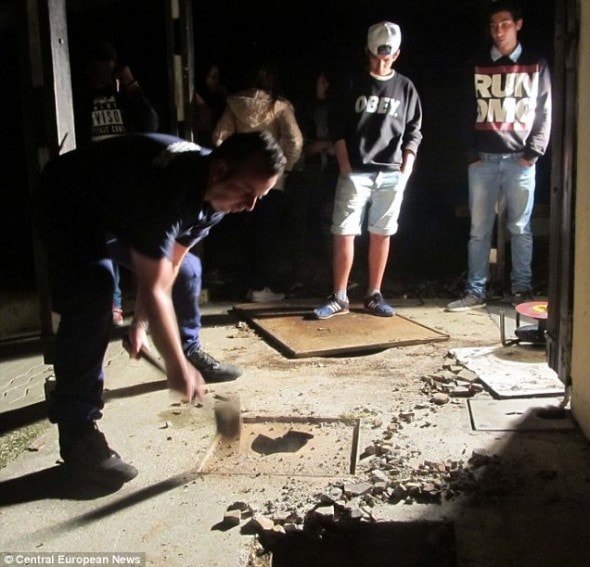 Once the dog was pulled to safety, animal control used the tags the dog was wearing to identify the pet and reunite him with his owner.

The pet owner, who was relieved to see his dog alive and well, told officers the dog had gotten loose while they were out walking. The dog disappeared on him, and he wasn’t able to find him.

It appears the pet owner had nothing to do with his pet getting stuck in the manhole, so the jury is still out on who could have forced the dog into the sewer and manhole.