In today’s technological world, social media networks have become the eyes of justice. Authorities and civilians use social media to ensure that any injustices committed and publicized on the Internet don’t go unpunished. 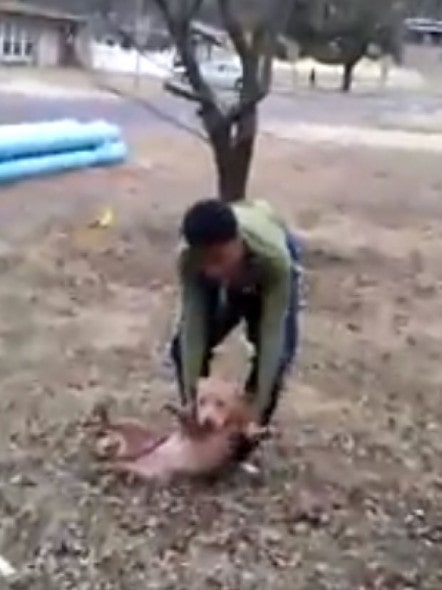 The video showed the teenagers punching, throwing the dog, and laughing at their actions.

On February 27, 2014, St. Louis County police started an investigation after their department received hundreds of calls reporting the animal abuse. The video posted on Facebook was shared thousands of times and it moved animal lovers across the nation to demand justice for the pet.

Facebook users cross-shared the video on different social media platforms, trying to identify the teenagers, and sure enough, someone called authorities and said the abusers attended Riverview Gardens School District.

Once a positive ID was made by authorities, the abusers were taken into custody. The dog was also rescued and taken into protective custody.

An Animal Control officer stated “the dog [was] safe and there was an open investigation.”

That same afternoon, the video portraying the abuse was taken off Facebook.

We are glad to know the abusers were arrested and charged with animal abuse. They will pay for the crime they committed.