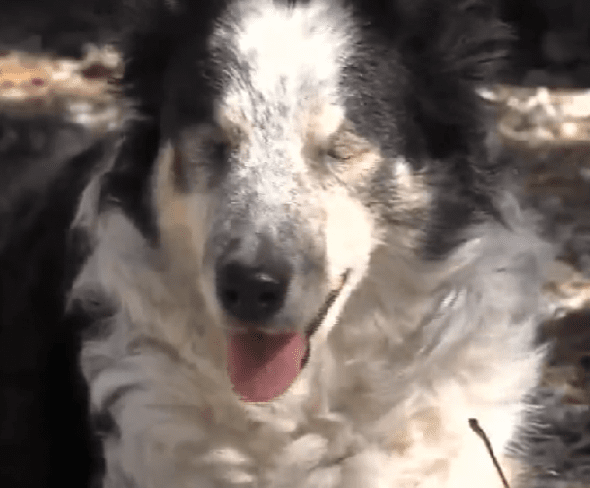 Chica, like most dogs, loves to play fetch. The Border Collie spends most of her time on a farm in Clay County, Indiana playing fetch. Chica is very skilled at the activity, but what is most remarkable about Chica’s fetching ability is that she has no eyes.

When Chica was a puppy she had to have her eyes surgically removed. Chica didn’t let this setback slow her down. “I don’t understand it at all. She runs every place she goes,” said Chica’s owner Martha Knox. “It’s almost like she has radar.” Knox isn’t the only one who is stumped. Experts at Purdue University are bewildered by Chica’s fetching skills.

Chica may not be able to see, but watching her you wouldn’t know it. She successfully works her away around other animals on the farm, ducks under fences and manages to stop before running into a parked truck. Chica has never seen the basketball she loves to chase, but she always manages to bring it back to Knox. Chica plays and runs with no fear of running into things. Her owners like to think she sees with her heart.