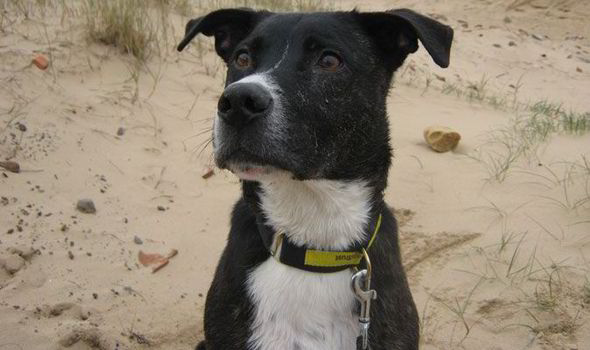 Finding a home for Buster was a difficult task for the staff at Dogs Trust. The Lab mix suffers from a severe allergy to grass, but one special couple was prepared to go the extra mile and give Buster the home he needed.

Buster was rescued and taken to the Dogs Trust in Darlington, a town in Northeast England, three years ago. When he arrived he was diagnosed with atopy.

“Buster suffers from atopy which can be likened to hayfever in humans, whereas humans with grass allergies sneeze, atopy manifest itself as a skin condition in dogs,” said Paula Boyden, Dogs Trust Veterinary Director. “This can range from mild irritation to intense itching. The severity of Buster’s condition is unusual as he cannot walk on grass without medication.”

Finding Buster the right home would require finding a family willing to manage his condition and work to prevent the condition from flaring up. The staff at Dogs Trust would make regular trips with Buster to the beach, a 40-mile trip, so he could run free outside without his condition flaring up.

The staff worked hard to try to give Buster the life he deserved and they knew his condition would make it difficult to find him a home right away.

“Some people will overlook dogs that have any slight health problem and even with his fantastic personality we did worry that it may be some time before Buster found the home he deserved,” said Julie Keenan with Dogs Trust.

Their efforts paid off when last month they finally found Buster the home he’d been waiting for.  Peter and Shelley Lawton instantly fell in love with Buster and were willing to take on the extra challenge of Buster’s allergy. The couple’s other dog also suffers from a grass allergy.

“We have experience of dogs with this condition as our other dog Bessie previously suffered with a grass allergy and we know how it can affect a dog’s quality of life,” said Shelley.

The Lawtons take regular trips to the coast and Buster is fitting in great with his new family.

“We are so glad that Buster never gave up on finding his perfect home and we were able to give him the loving home he deserves where the four of us can enjoy plenty of grass free adventures,” said Shelley.