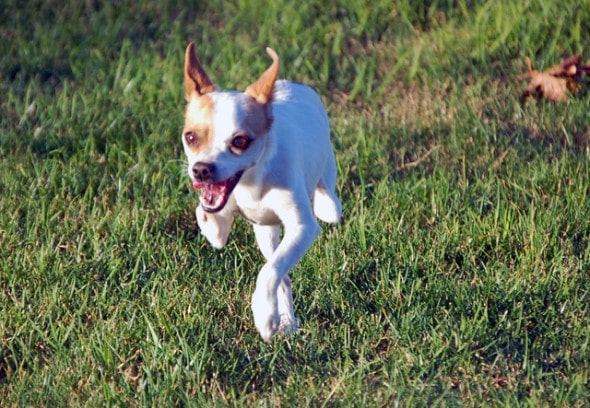 A male Chihuahua was recently rescued as a stray off the streets of California, which for the most part it’s exactly something unique.  However, the San Bernardino County Animal Care and Control officers could tell straight away, this was no run of the mill rescue.

After being scanned for any microchips containing the dog’s identity and owners turned up nothing, and given the fact he had no tags, it was impossible to tell who this dog was.  Not to mention what family her was part of was a mystery as well.

He’s described as a six-year old male, found uninjured in Highland, California.  Oh yeah, he also only has two legs!  One front leg and one back leg is all he has, but gets around as if he’s been that way his whole life. 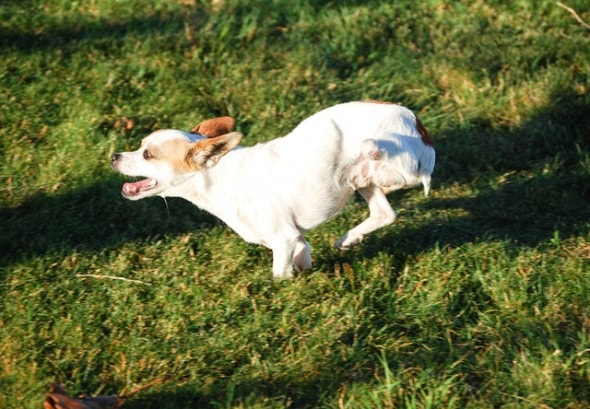 In fact, staff at the animal control center believe that he was born this way.  The way he’s able to get around without much of a problem at all, leads them to believe his two legged condition is a result of a birth defect.  It also may have contributed to the poor dog ending up homeless and with no family to call his own.  It can’t always be the easiest thing in the world to care for a dog arranged in quite that fashion.

As for now, the search for this dog’s family is on, and any help in locating them is greatly appreciated.  For now, he’s staying at the animal control shelter waiting for them to come and get him.  Officials say that if no one steps forward to claim him, he’ll be put up for public adoption.

If you know the dog’s family, or are interested in more information on him and his potential availability, you can visit www.sbcounty.gov/dph/acc, or simply click here.  There are also many great pets available for adoption on that site as well. 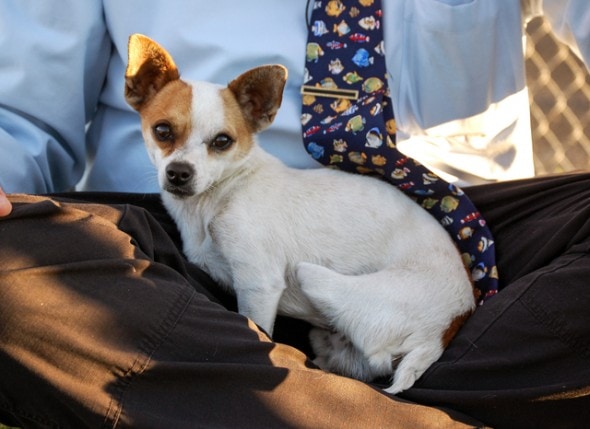