A police officer from Bogota, Colombia, was keeping the streets safe when he heard frightened dog cries from a nearby wetland. It was dark and without hesitation he called on fellow officers to help him save the dog in need. 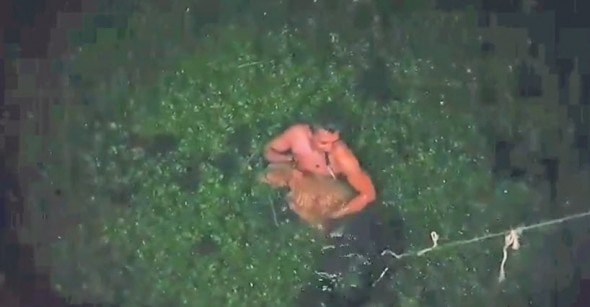 The event happened in the Juan Amarillo wetland, located in Suba Rincón, a sector of Colombia’s capital.

The officer took off his uniform and jumped into the wetland while fellow officers guided and encouraged him to reach the dog. 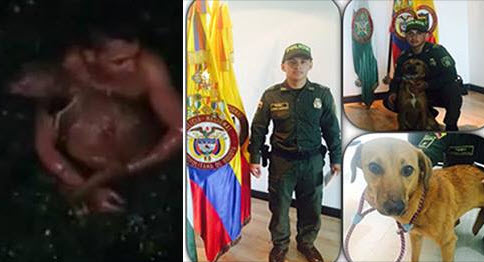 The mixed breed pup appeared to have been previously abused. Whoever threw the animal into the wetland wanted the dog dead. The abuser tied its hind legs with a string and the canine had a difficult time swimming or staying afloat. Once rescued, the dog presented signs of hypothermia. Thanks to the police man, the dog was saved.

The heroic rescue video was captured on camera an uploaded to YouTube by Colombian Police.

The video is in Spanish.