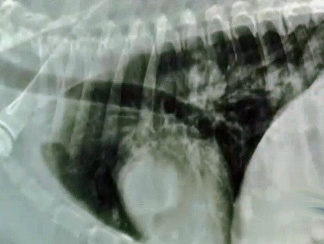 Man’s best friend may also prove to be researchers’ best friend in the fight to cure breast cancer in both species.

The University of Pennsylvania School of Veterinary Medicine offers a unique program that seeks to  match sick shelter dogs with humans willing to care for them while they undergo treatment for breast cancer. Shelter dogs are used in the trials because only 10-percent of animals are spayed or neutered when they arrive at shelters, and dogs that have not been spayed are many times more likely to develop mammary tumors.

“Dogs with mammary gland tumors who live in shelters really belong to the most vulnerable population,”  said Dr. Karin Sorenmo, an oncologist at the University of Pennsylvania Veterinary School of Medicine.

Because dogs have five pairs of mammary glands, it is not uncommon for them to have tumors in various stages, making for more thorough research data. “So, if we can figure out what happens when a tumor becomes malignant, what are the most important genetic alterations, maybe there will be a target that can be drugged,” Dr. Sorenmo said.

That could potentially stop the spread of the cancer cells – in humans and in dogs.

12 thoughts on “Dogs Aid in the Fight Against Breast Cancer”