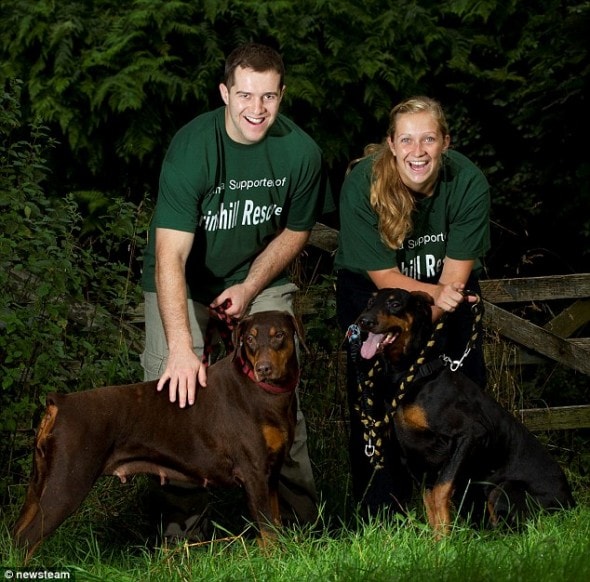 Two Dobermans are being hailed as heroes for their role in saving a woman trapped in her car after an accident.

Siblings Emily and Sam Lewis were out for a walk in Shropshire, England with Star and Storm, when the dogs stopped suddenly and became aware of something their humans could not.

“The dogs stopped dead in their tracks, their ears pricked up and they looked at each other. Then they started tugging at their leads like they have never done before,” said trainee army officer Sam. “We didn’t hear anything but the dogs obviously heard the crash because of their acute hearing, even though it was more than a mile away. Star and Storm were really keen to go back the way they came which is very out of character.” 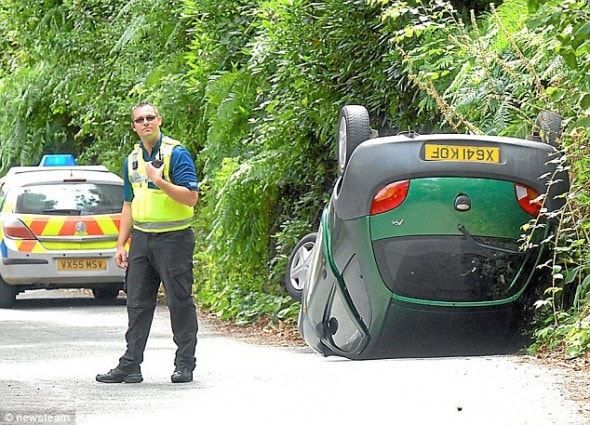 Out of curiosity, Emily and Sam followed the dogs’ lead. Storm and Star dragged them directly to the scene of an accident on a small, seldom-used road.

“As soon as we saw what happened, I called the emergency services and tried to see if the person in the car was alive,” said Sam. “At first I couldn’t see anyone but then the woman started moving and began banging on the back window of the car.”

The woman’s car flipped over on a bend in the road, and with the lane not seeing many travelers, the woman could have been trapped in her car for hours. She suffered a serious back injury and was taken to the Royal Shrewsbury Hospital.

“They might not look as cute as Lassie but they are just as heroic in our eyes,” Sam said, beaming. 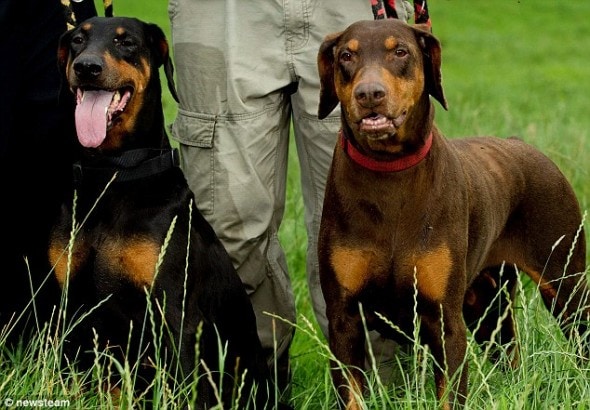