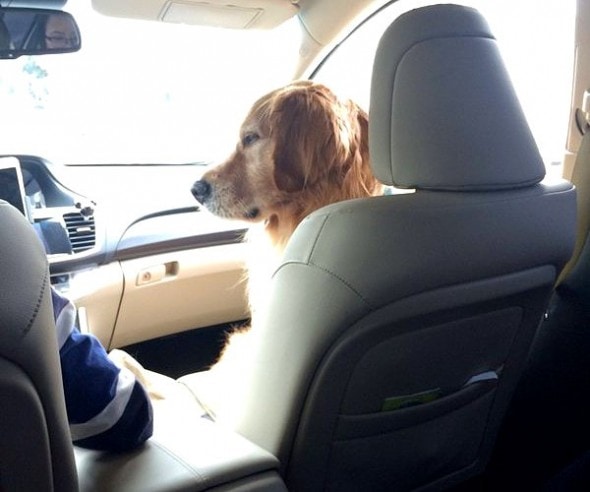 Joey is a six-year-old golden retriever from California, and he has a pretty awesome family.  They knew that Joey didn’t like the noise and chaos of the 4th of July, and wanted to help him get through another one without too much anxiety.  So, they went and got a special set of noise-cancelling headphones, an iPad, and put on some soothing videos for him to watch.

Emily Kuang, 18, said her mom came up with the idea.  She shot a very short video of Joey enjoying a video, and he really seems quite content with his set up.  He looks very calm, and we love the fact that the headphones look like a killer set of racing tires. 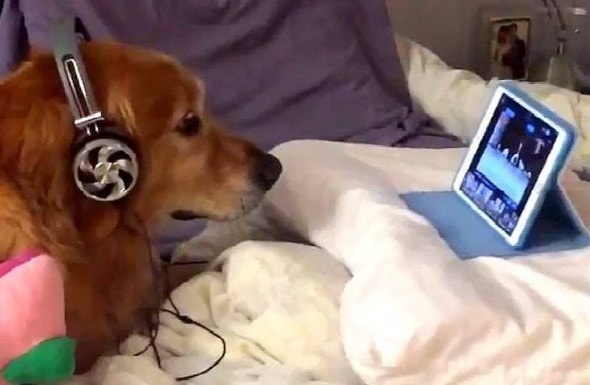 “He enjoys seeing animals on the TV and will watch and bark at Animal Planet, so he’s usually not as calm as he is in the video!” Emily said.

Yup, Joey is with some really cool people.  According to Kuang, he made it through the holiday with relative ease, and she’s already looking for videos for Joey to help him through the next one.  Considering the fact that firework displays aren’t going to stop anytime soon, at least Joey is getting some help, and other dog parents can try the same. 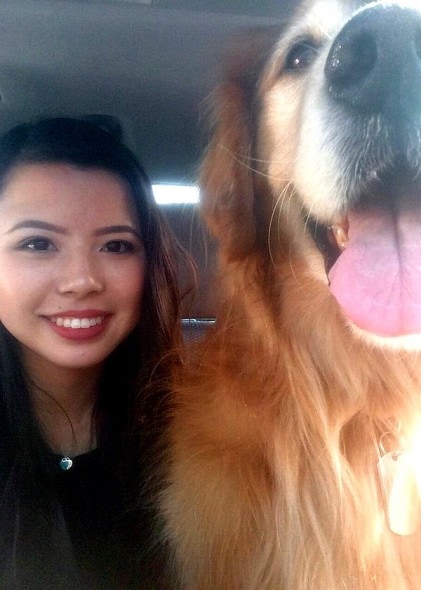