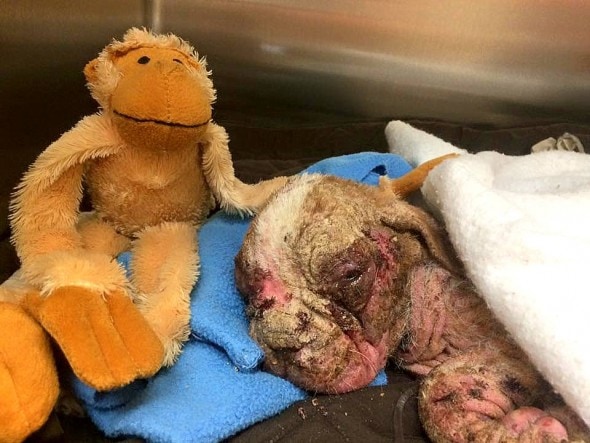 A few days ago we posted a story about Libre, the mangy, maggot-infested puppy that came to Speranza Animal Rescue, giving him his best shot at survival.  In what can only be described as an asinine decision, the Lancaster County SPCA has stated that they cannot prove this puppy was being mistreated by the breeder.  However, Libre is doing much better, and is now drinking water on his own.

According to ABC 27 News, SPCA director Susan Martin said, “it cannot be proven beyond a reasonable doubt that the breeder intended to harm the puppy or willingly neglected to care for him.”

Janine from Speranza is livid about their decision:

“How can a puppy be under the care of a veterinarian, when there are maggots crawling out of skin folds, ears, and pressure sores?” she posted on Facebook.  “He weighs less than 7 pounds – so emaciated that he can’t regulate his own body temperature. He has a raging infection caused by the severity of his demodectic mange.”

It was originally thought that Libre was less than two months old, but he’s actually about four months old.  Four months, and only weighing seven pounds??  And that’s not abuse?!

However, on a more positive note, Libre is recovering well.  He is gaining strength, eating canned food, and is now able to drink water, and all by himself! 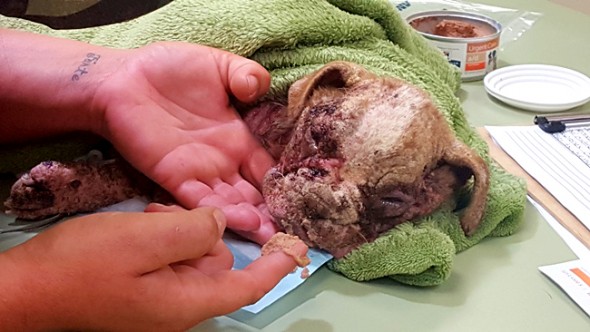