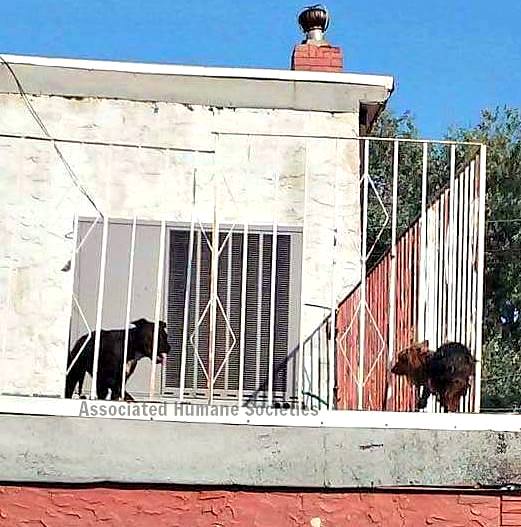 A pit bull and a Yorkie, abandoned on a New Jersey rooftop, were found dancing around to stop the burning on their feet from its scorching hot tar.  It was 96 degrees out, and there wasn’t any water or shade to protect them.  Thankfully they have been saved and are now being treated, and hopefully their former owners will be charged with animal cruelty.

According to the Associated Humane Popcorn Park Shelter, a call came in to the AHS – Newark branch about two dogs in severe distress.  When officers arrived, they found the dogs hysterically pacing the patio roof where they were being kept, desperate to avoid worsening the burns on their paws. 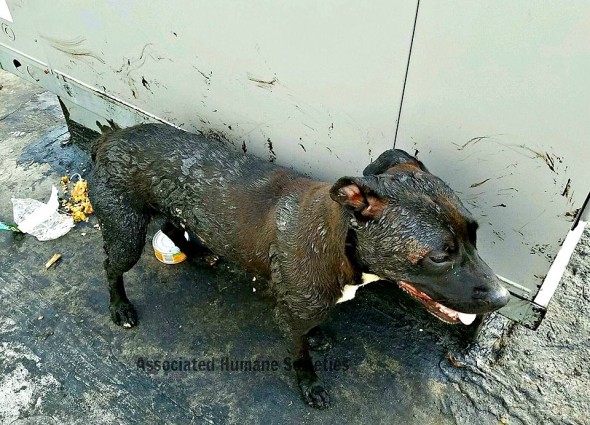 “The Yorkie continuously ran to the edge of the roof to try to find an area that would not burn her further while the pit bull, covered in hot tar, had nearly given up hope,” AHS stated.  “No one was at home at the residence and while there were trays of chicken legs and rice on the roof, there was not a drop of water in sight. Feces covered the roof as well so apparently, this is where these poor dogs live.”

Officers seized them from the home and hurried them to an emergency veterinarian.  They both needed to be thoroughly bathed to remove all the tar coating their fur. 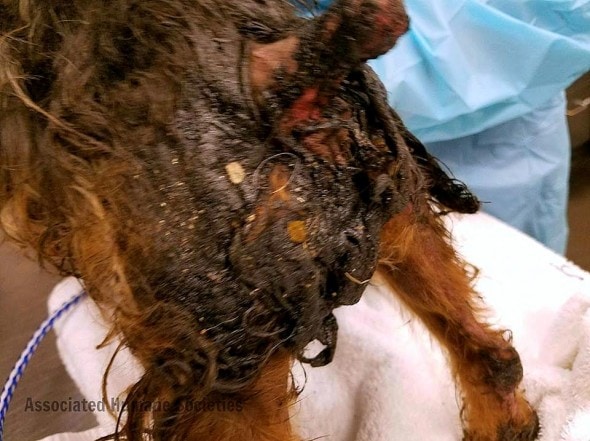 “Both dogs are resting comfortably and are no longer in any pain.  Their conditions are still guarded, so they will remain in the hospital for the next few days so they can receive 24 hour veterinary care.”

Now the shelter needs help caring for them.  They have taken in so many other special cases recently that their funds have been exhausted.  If you can spare even a dollar to help these poor tar-covered dogs, please click here, or text HumaneHelp to 41444.

AHS is currently unaware of whether or not police will be pressing charges, but they are hopeful that a full investigation will be conducted.