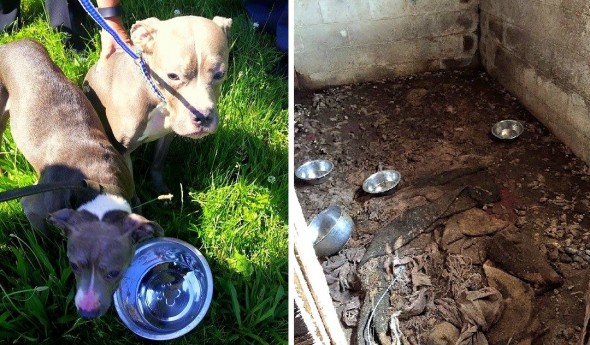 When police were called to a Detroit house to investigate a homicide, they ended up saving the lives of four dogs.  A mother and her young baby were penned upstairs, but two dogs were living in a tiny, feces-filled room in the basement.  For the first time in months – and for the puppy, her whole life – they are experiencing the smell of fresh air, the warmth of the sun on their backs, and the feeling of grass between their toes.

Officers of the Detroit Police Department were horrified to see the squalor these dogs were forced to tolerate.  The murder victim had been keeping all four of them inside all the time.  Neighbors didn’t even know he had dogs. 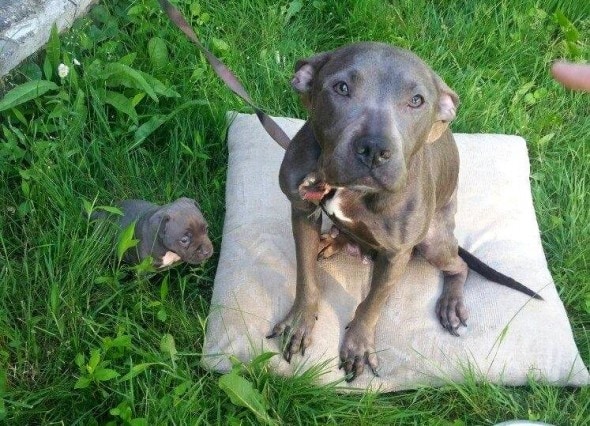 The mama and her four-week-old puppy were in a disgusting makeshift pen, and two other dogs were discovered in a utility closet.  It’s amazing that they weren’t terribly sick from living on top of their own waste for so long.

“We went down to the basement and pushed the utility closet door open, and there were two young dogs just in a room filled with feces and urine,” Sumpter told The Dodo. “There was barely any light in the room, and so when we opened the door, that was the first sunlight the dogs had seen in seven months.” 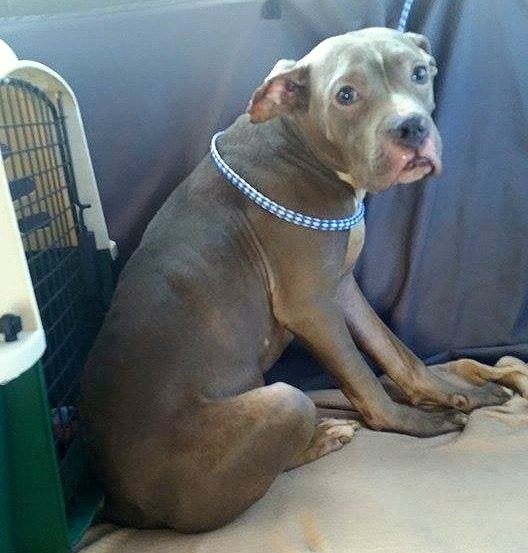 All four of the dogs were delighted to be free and enjoying nature, and had fun rolling in the grass.  They were transported to Center Line Veterinary Hospital for treatment.  Mama tested positive for heartworm, and the basement dogs had dilated eyes for being kept in the dark for such a long time.

When they are ready, they will be put up for adoption, but for now, they are recuperating from their ordeal and just enjoying being dogs. 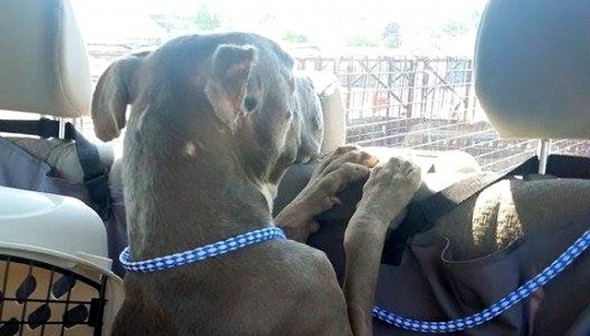