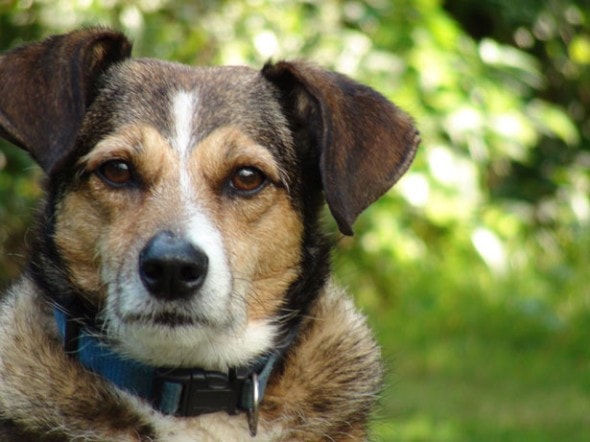 Dogs suffer from a form of dementia similar to that seen in humans. The dementia symptoms of memory loss and disorientation are seen in 12% of dogs who are ten-years-old and above. Some of these dogs have been volunteered by their human companions to take part in a first-time trial led by Associate Professor Michael Valenzuela of the University of Sydney’s Brain and Mind Research Institute. Valenzuela made the announcement at the recent Alzheimer’s Australia national conference in Hobart, Australia.

Valenzuela has been quoted as saying that there are significant similarities between human and dog dementia including memory loss, disorientation, agitation and even Alzheimer plaque build-up in the brain.  He notes that dog dementia is even more noticeable because of the dog-human bonds.  He explains that the human companions notice when their dogs start staring at walls or get stuck behind furniture or other items. Perhaps the most upsetting symptom is when the dog suffering from dementia is when has trouble recognizing their human and no longer celebrates them home.

But Valenzuela and his team hope their procedure provides a cure for dogs and humans.  The process involves the researchers growing a million cells from a skin sample taken near the stomach. Those cells are then transplanted in the part of the brain that processes memory, the hippocampus. The team has been working on the project for five years and has already had success with rat memory loss.  If the process works the University of Sydney team expects to see improvement in the dogs within a few months.  If the canine trials work then the next step would be human clinical trials. It is expected that it will be three to five years before human clinical trials begin.