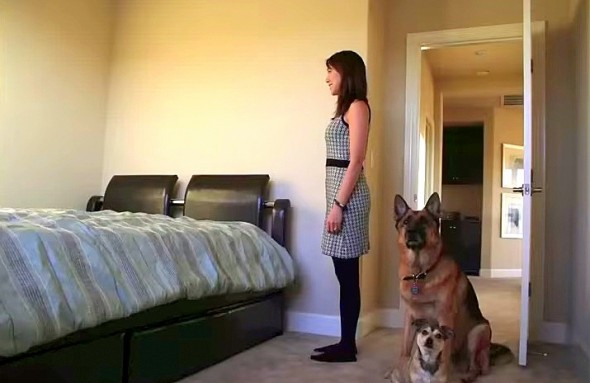 When Monique told her guy Byron that they were expecting their first child, he decided to capture the entire experience by doing a time-lapse video.  They planned to have the dogs in the shots, but had no idea that they would be such a huge part of the process! 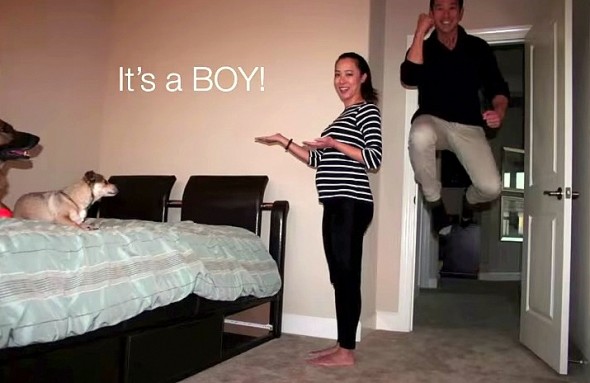 “I planned to have the dogs in the shots. Although most of the time they decided how,” he told Inside Edition. 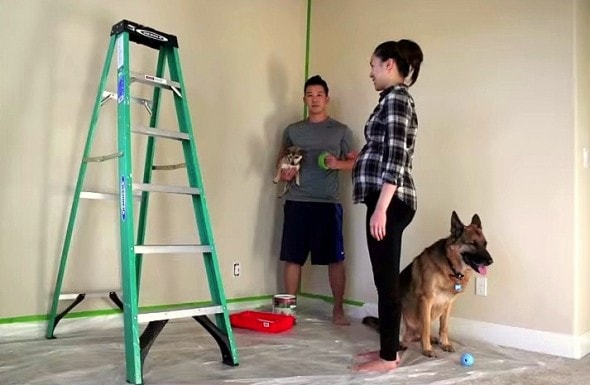 “It all started because I just really wanted to capture moments in life that move by too quickly and from there one thing lead to another.” 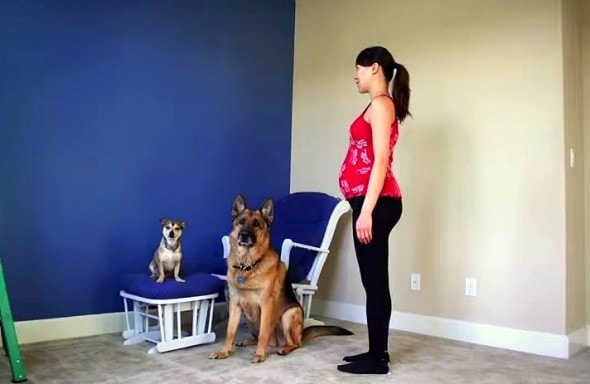 Not only does Monique’s belly swell, but the room is completely transformed into one fit for a baby.  Dunder and Munster seem to take it all in stride, as long as they’re included. 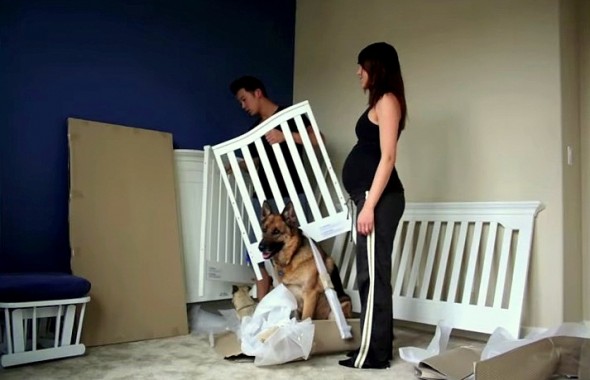 “We are just normal people who like to have a lot of fun with everyday life and include creativity where we can.” 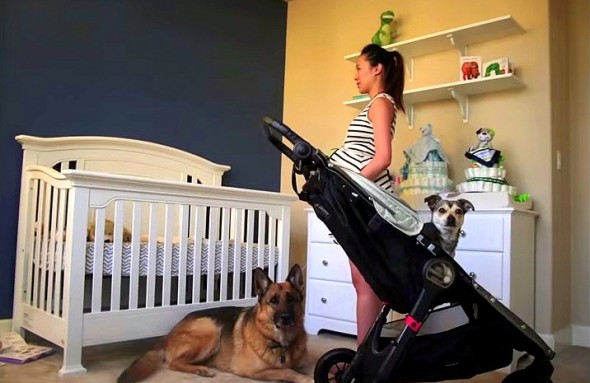 The family was already known on YouTube for their time-lapse video of Dunder as he ages from little puppy to fully grown dog.  To see it, click here.  There are tons of other videos of him, too! 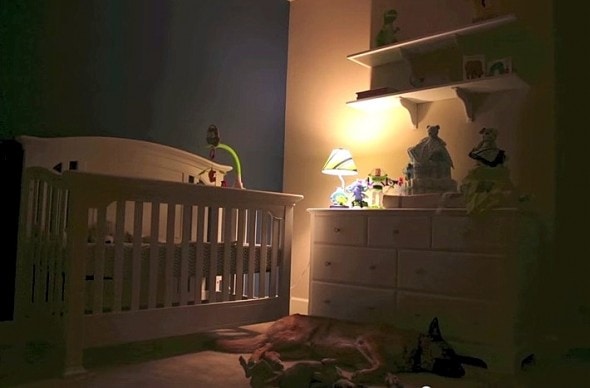 Byron also has a blog about being the dad to a newborn baby and two dogs, which can be found here. 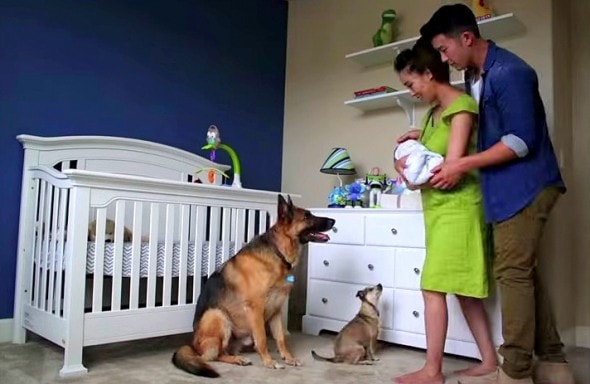